The actual review of any movie can be easily perceived by its box office collection. And, Bollywood’s highest paid actress Kangana Ranaut’s Manikarnika 3-day collection says all!

Yes, the flick “Manikarnika: The Queen Of Jhansi” hit the theatres on January 25 and off to a great start also earned Rs 8.75 crore on its opening day. Further, it took a tremendous boost on the Republic Day holiday and earned Rs 18.10 crore. And on the third day, Sunday it made Rs 15.70 crore that brought the total earning to Rs 42.55 crore in 3 days. 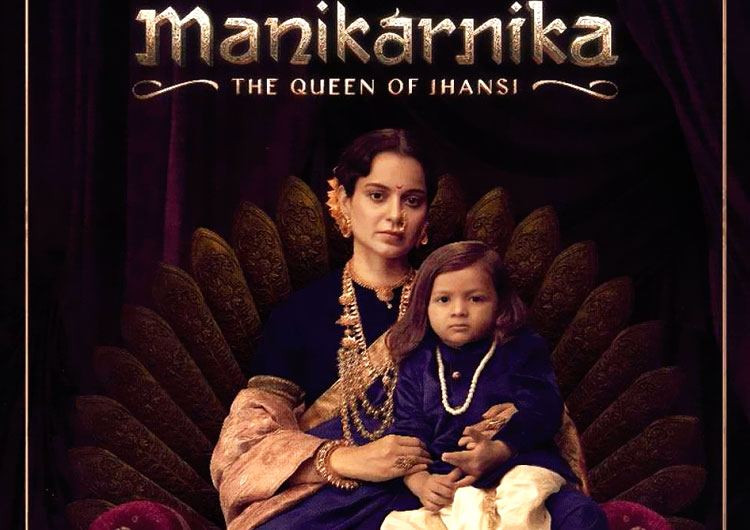 And, why not, in every frame Kangana Ranaut in and as Manikarnika exactly delivers what was promised. ‘Queen’ actress captivates your attention and grows enthusiasm from strength to strength as the film progresses. There is no doubt that it is one of the best performances of Ranaut. Well the role itself lends ample scope for her to perform and it is well performed. Whether it is beautiful moments of a young girl or the heavy-duty action scenes from the battlefield soaked in blood and sweat, Ranuat effortlessly brought Jhansi queen to life.

“Manikarnika: The Queen Of Jhansi” is a hagiography account of how Jhansi ki Rani, Laxmibai, waged war against the East India Company. The movie is completely filled with nationalistic fervor describes how a common girl grew up in Bithoor turning into the Rani of Jhansi and eventually became a warrior queen. The film evokes patriotism among the audience at large.

It begins with Amitabh Bachchan’s booming baritone where he casts light on how the wealth of India has been looted by the British. And, within a very short time, we are led into the world of Jhansi queen through Ranaut’s majestic screen appearance.

“As promised, Manikarnika does tick all the nationalistic boxes. It is getting a perfectly-timed Republic Day release. And there are plenty of eye-roll moments as it chases the red-faced Brits, and raises the flag. It may have been Jhansi, but it is clearly a prelude to the ‘tiranga’. But what keeps us with the film is Rani Ranaut, who in her best moments, owns her part, the single-track narrative, and the screen.”

Well, after making several headlines for its controversies and delays, and even despite stiff competition from Nawazuddin Siddiqui starrer Thackeray, Manikarnika is working so well on box office. And, must say, this is one of the theater watch flicks. Must watch!
Prev article

#ELKDTALReview: This Sonam Kapoor Flick Breaks Off Many Stereotypes

Once Again, Disha Patani Sets Instagram On Fire With Her Sizzling Pic