Recently the beautiful actress of Bollywood Kangana Ranaut won National Award for Best Actress. The actress bagged 62nd National Film Awards for her mind blowing acting in the Queen movie. President of India Pranab Mukherjee privileged Kangana at the 62nd National Film Awards ceremony in Vigyan Bhawan, New Delhi on Sunday 3rd May. As per the actress, she never expected that this comedy drama movie was liked by audience and she will ever celebrate her win.

This is Kangana’s second national film award, earlier she won the Best Supporting Actress Award for her wonderful performance in the 2008s Madhur Bhandarkar’s movie ‘Fashion’. In the Indian drama movie Fashion the actress portrayed the role of a struggling model, which was appreciated by everyone in the industry. 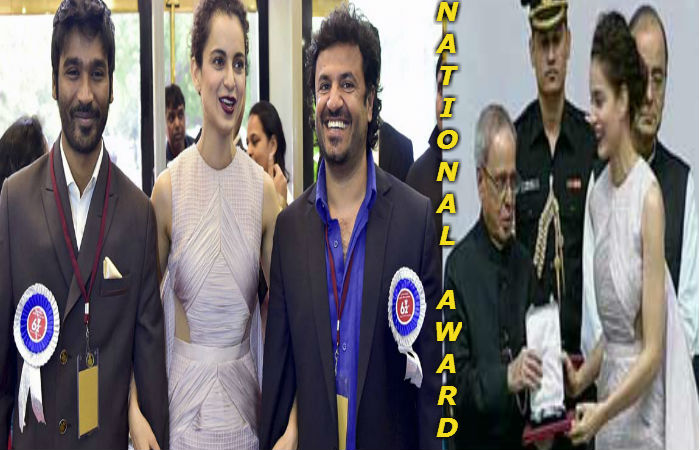 The actress also said that her first award was for the category of Best Supporting Actress. And now Queen Movie has got another National film award so this is the time for celebration in Mumbai. The actress wore a beautiful dress with a long cape & slit at the back by Indian-American fashion designer Bihu Mohapatra. Kangana Ranaut looked stylish and elegant with her hair tied up in a bun & a maroon lipstick.

The actress stated that -“I never expected Queen to get recognition at this level (winning a National Film Award). We are very happy that the film was accepted on such a wide scale.”

Also the south Indian actor Vijay bagged the best actor award for his wonderful performance in the movie Nanu Avanalla Avalu. The Kangana Ranaut starrer 2014 movie Queen is a breathtaking story of a simple girl who embarks alone on her honeymoon when her future husband backs out, also won the National award for Best Hindi film. The actress Tripta Lakhanpal who is Kangana’s mother in the comedy movie was also present at the award function to cheer the actress.

Talented Bollywood actress Kangana Ranaut depicts the role of Rani who is a simple Indian girl. The movie is all about how Rani moves on in her life when her future husband refuses to tie knot. Kangana’s terrific performance was appreciated by audience as well as by the critics. 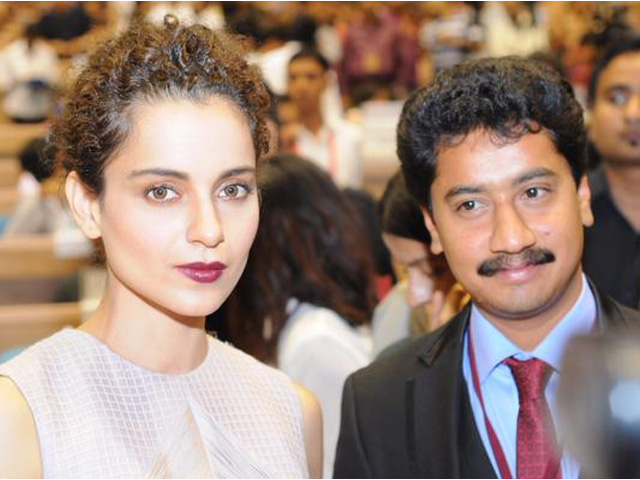 Also the Bollywood bold diva Vidya Balan won the National film Award for the movie ‘The Dirty Picture’ was seen in a elegant saree at the time of a Award ceremony. The 2014 comedy flick Queen was directed by Vikas Bahl and produced by Phantom Films. The movie also starred Rajkummar Rao & Lisa Haydon in the pivoted roles. Currently the actress is busy in her upcoming Bollywood movies Tanu Weds Manu Returns & Katti Batti.