Since the day Ranveer Singh shared his first look from his forthcoming film '83 on social media, the actor's fans can't keep calm.

Since that day only, everyone is seeking for more news about the flick ‘83’. And, today’s morning did that for us. It brought a piece of wonderful news that Deepika Padukone will act as Ranveer Singh's lady love in Kabir Khan's '83'. 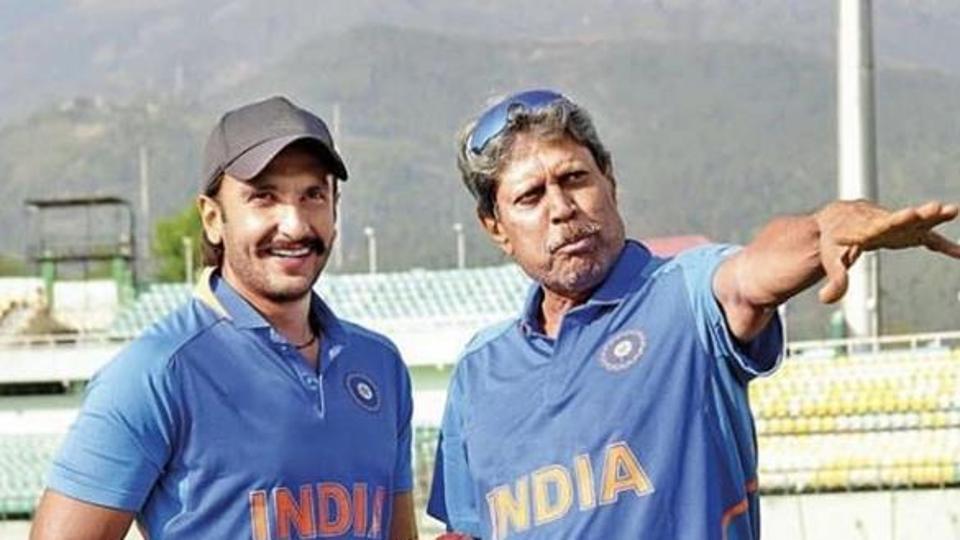 Well, that’s not it. Deepika, a woman of today, also decided to jump on board for ‘83 as a co-producer ‘because it’s not just inspirational but also extremely emotional.’ She made her debut as a producer with her upcoming ‘Chhapaak’ where she’ll play the role of an acid attack survivor.

Let’s talk about this in detail.

According to some reports, Deepika Padukone will portray Kapil Dev's wife (Romi Bhatia) in the flick. It depicts that '83' will not only focus on victory at the 1983 Cricket World Cup but will also focus on Kapil Dev and wife Romi Bhatia's love story. As per reports, there will be scenes of Deepika and Ranveer together romancing on-screen, especially with no sad endings. Reports suggest that the film will also show dramatic scene in which Kapil's wife Romi leaves the stadium in the mid of the match as she realized that Indian team might lose the match, but, later she comes back to the stadium and takes her seat when the team started playing well.

About co-producing, reports suggest that Kabir and Deepika are good friends and she liked the storyline of the movie; therefore she has joined hands with Kabir to co-produce the movie. According to Deepika, '83' is not just a sports drama but also is an emotional and inspiring journey. And, it can be said that it’s the major reason for her to become co-producer.

“Deepika has been locked for Kabir Khan's next film '83. The film that revolves around India's 1983 World Cup victory, will primarily focus on Kapil Dev's story. The film has an ensemble cast being lead by Ranveer and now, DP too has given her go ahead to the film.”

“Deepika has a good role because she plays Kapil's wife Romi Bhatia who was also a pageant winner. In fact, as far as the story goes, she had left the stadium after India started losing the wickets. But when she heard that they are on the verge of winning the World Cup, she came back to the stadium. That part is extremely dramatic. Also, the film will delve into the relationship between the husband and wife, their love story.”

“Deepika has just ventured into production with Meghna Gulzar's Chhapaak. When she was narrated the story of '83, she loved it because it's not just inspirational but also extremely emotional. She and Kabir have been friends for years now. So she decided to come on board as a co-producer, too. This will be the second venture under her banner.”

After Goliyon Ki Raasleela: Ram Leela, Bajirao Mastani and Padmavati, this collaboration of Ranveer and Deepika marks their fourth film together. Well, since they tied the knot in November 2018, the film also marks their first film together.

It won’t be wrong saying that the duo has an excellent track record at the box-office. Hence, it will surely be interesting to see how they perform with a new director. But we have to wait for it as the movie is set to release on Good Friday, 2020.

‘Kabir Singh’ Trailer: Shahid is All Set to Send Chills Down Your Spine