After almost 7 years of relationship, finally Sushant Singh Rajput and Ankita lokhande is planning to tie a knot next year. In this long time dating, the lovebirds were frequently subjected to the part of gossip, yet that didn't really affect their bond.

As per some source, Sushant made this big announcement at the recently held PK success bash. Source also revealed;

“The couple has been asked about its wedding plans numerous times but the two have always maintained that they will announce it soon. However, recently at success bash of ‘PK’, when Sushant was asked the same question by a few guests, he responded by saying that the wedding might take place in November next year.”

Sushant Singh Rajput is Engaged with the Movies this Year 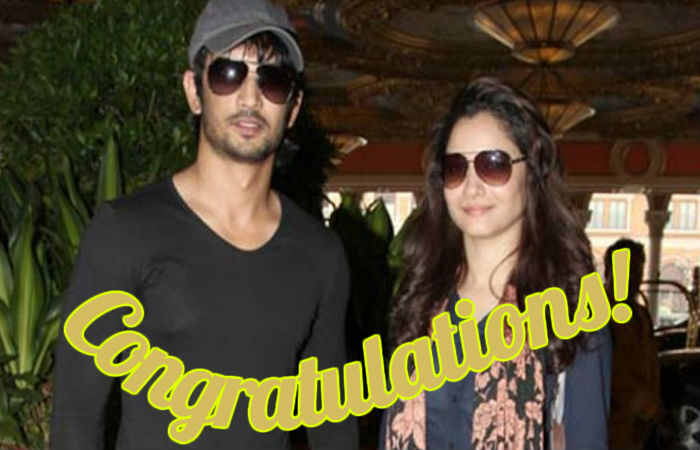 This year is might be very busy for Sushant Singh Rajpoot, as he had Sajid Nadiadwala’s film in hand following with MS Dhoni biopic. Considering these things 2016 can be the ideal time for wedding.

"This is a busy year for the actor. Also, the promotions of the Sajid Nadiadwala's film will keep him occupied for the first half of next year. So, the couple thought the later half of 2016 is the best time for the wedding."

Seems like, this is the only reason why Sushant had given his marriage one year window.

We’ll let you to know, this duo first met on the sets of their popular television show ‘Pavitra Rishta’ and love thrives. Sushant had also proposed Ankita at the dance reality show ‘Jhalak Dikhhla Jaa Season 4’. It’s good to hear these love birds are taking their relationship to another level.