Renowned heart-throb of B-town, Hrithik Roshan always amazed his fans with his dancing moves and physique. But now he is ready to do something surprising in his most awaited Mohenjo Daro Movie.

As per some industry source, Hrithik has a sequence in the movie which will require him to combat with tigers. Yes you are reading it right; in Ashutosh Gowarikar's next film; he will be seen fighting with tigers, for which he is also trained by a very famous trainer, Satyajit Chaurasia.

Celebrity fitness expert Satyajit, has been catering some special training to the ‘Dhoom 2’ actor to build the right cuts with his body to fight with tigers. 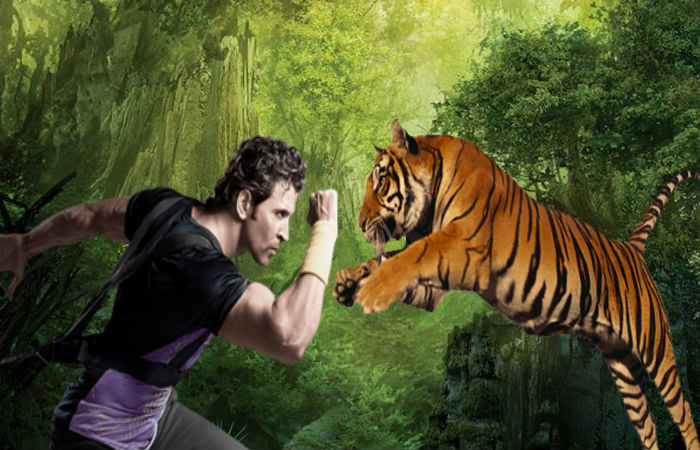 In an interview he told;

"The script of Mohenjo Daro is superb. Hrithik is my friend and he has shared with me the details of the body shots and other sequences while working out. There are combat scenes between him and tigers in the film. So I'm training him to build the right body for these kinds of sequences,"

"For him, it is a stress-buster which gives him a lot of delight. So I try to give him numerous workout drills to keep him happy. He has worked really hard for Mohenjo Daro with a lot of planning and his body is looking perfect in the film",

Seems like Hrithik has a fond of exesrcising and working very hard for the movie.

If all the things are considered at the right place, we will see Hrithik doing some unorthodox action scenes in Ashutosh Gowariker's Mohenjo Daro, which is expected to hit the silver screens on August, 2016.

Sushant Singh Rajput and Ankita Lokhande to Get Married in 2016