Even before the clinkers of the disturbing breakup with girlfriend Ankita Lokhande could settle down, the link ups of Sushant Singh Rajput with Bollywood hottie Kriti Sanon headlined on the journals. Ever since, the two were found close together on their upcoming Release Raabta sets, the media have been following the two wherever they are heading.

The insta posts of the two also detail the same that they are too much in love with each other. Sushant’s breakup with long time GF Ankita had gained some interests of the viewers and now Sushant and Kriti are been in the news from the day Raabta shoot has started.

Sushant and Kriti to make their Relationship Official? 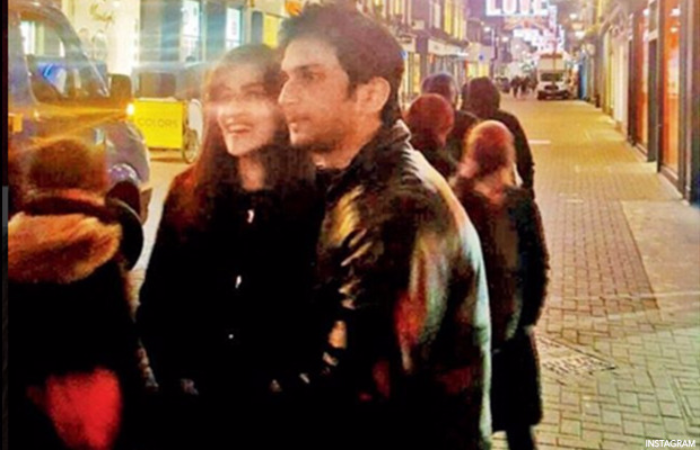 Despite off all these speculations and rumors, the duo has kept mum and planned not to show off. Well, Sushant Singh Rajput and Kriti you never know how media is following you at every place.

We recently got our hands on them wandering on the London streets holding hands.Yeah! The two are holidaying in London, even the two have celebrated the new year together. Even the actress Kriti confessed that this is the happiest phase of her life. Is her happy mood is because of Sushant?

Raabta featuring Kriti Sanon and Sushant is all set to hit the screens on 6th June 2017. On the work front after Raabta Sushant will be seen in Shekhar Kapur’s “Paani” while Kriti will star next with Ayushmann Khurrana in Ashwiny Iyer Tiwari’s “Bareilly Ki Barfi”.

Revealed! Why Priyanka Chopra and Ranveer Makes an Awesome Pair ON Screen