Glamorous Bollywood actress Priyanka Chopra and the handsome hunk of the tinsel town Ranveer Singh have shared the screen space thrice. Among the newbie’s in the town PeeCee has done maximum films with Ranveer.

They together have shared the bond of lovers in Gunday, played as a brother and sister in Dil Dhadakne Do, PeeCee also played as Kashibai to Ranveer's Peshwa Bajirao in Sanjay Leela Bhansali’s Bajirao Mastani. All the three films in which they had worked together grabbed the attention of the audience.

Woah! Ranveer Singh Revealed About His Wildest Make Out Session 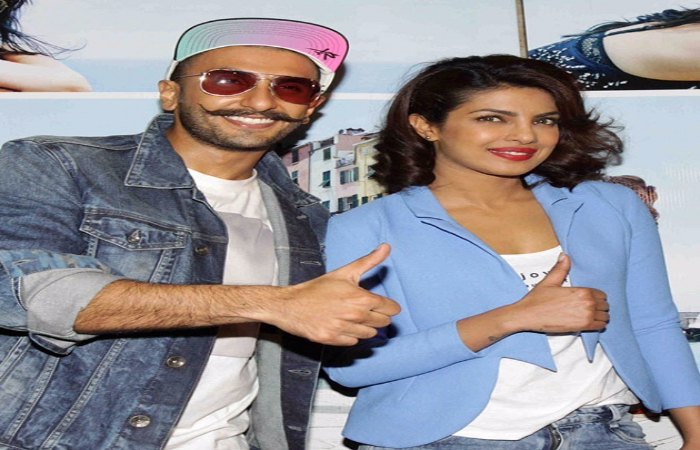 Priyanka and Ranveer Singh to Romance Next in….?

No doubt the couple looks awesome together. When asked Priyanka Chopra about the same she clarifies -

“I think the fact that we can evolve as actors. All three films we have done together have been different in dynamics. I’ve gone from being a wife to a girlfriend to a sister. So, I think the fact that, as actors, we managed to convince audiences that we don’t get fazed by playing different characters. That’s a huge kick! And I think people like us together.”

Sadly, she won’t be the part of Ranveer’s next release Padmavati. SLB’s directorial Padmavati stars other two stars of Bajirao Mastani too. Actually PeeCee was also approached for the film, but due to her work commitments in the US she didn’t sign the contract. Well, hope to see both Ranveer Singh and Priyanka Chopra together pairing on screen.

Priyanka herself revealed the secret why she makes a hit pair with Ranveer. Let’s see which director approach them next.

Stay tuned for latest Bollywood updates. Till then like us on FB and follow us on Twitter to get more stories of your favorite Bollywood celebs.