Last morning the global icon Priyanka Chopra has made the headlines as of her looks in the Golden Globes 2017, now it seems that the diva did the same last evening just after the launch of the second trailer of her upcoming Hollywood release Baywatch.

The International Baywatch Trailer is all about some F - Bombs, sexy Priyanka Chopra, shirtless Zac Efron and some self -referential jokes. The action - packed trailer stars Dwayne Johnson “The Rock”, Kelly Rohrbach, while in just a show of 7 seconds PeeCee has nailed the character to her best. With the notable uptick in dirty words, the trailer also showed some detailed about the R- Rated comedy. 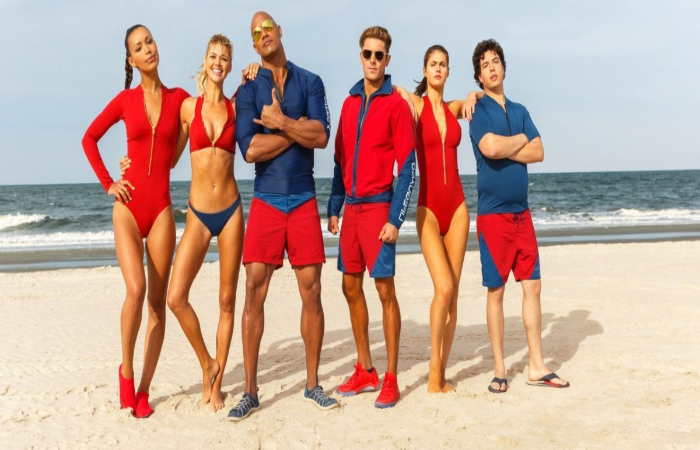 The Latest Trailer is All About Massive Explosions and Fight Scenes!

You won’t believe the actual price of the Baywatch ticket is $17.50 in New York City. But after watching the trailer it seems worth paying this much amount for the movie. What you think? This latest trailer shows heavier on action and a bunch of attractive people than anything to laugh on.

Chelsea Handler Asks Priyanka Chopra If She Could Speak English

In any case both Mitch (The Rock) and Matt (Zac Efron) will butt heads, as they both are strong dudes, but only one of them is an Olympic athlete. Let’s don’t just plot the story of our own. This bro ocean and both the sexiest babes will leave us more excited in the film.

Revealed! Why Priyanka Chopra and Ranveer Makes an Awesome Pair ON Screen