Shocking but true- Arjit Singh begged Salman Khan not to remove his song from his upcoming film Sultan!
From the source it is revealed that – It is all because of the argument happened in one of the event when Salman Khan is presenting an award to Arjit Singh. Salman felt insulted due to the statements given by Arjit in event. The star banned Arjit to sing song for any of his films. So, Salman want to drop the song sung by Arjit in His him Sultan.

Let see what Arjit Singh wrote in his Facebook Post regarding the apologizing for his mistake. Let's see what happen next between Arjit Singh And Salman Khan.

What Next For Sultan Between Salman & Arjit Singh? 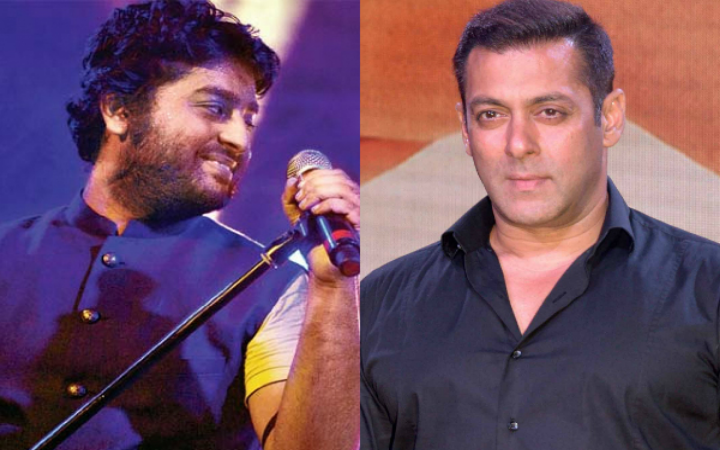 Superstar Salman Khan is a very big name in Indian cinema. We all are aware about bhaijan courteous nature that he helped many people to set their career in Bollywood. He is always in headline but this time he is in headline but because of one of the most amazing singer Arjit Singh. The trailer for his upcoming movie Sultan is out and is very fabulous.
Here we are sharing the message which he wrote to Salman Khan. Regarding not to chop his song from his film Sultan.

"This is the last way I thought I would speak to you. I have been trying to text you call you and do everything possible to tell you that you are mistaken about the fact that I insulted you. I never did. That night in the show It was the wrong time and wrong aura. Nevertheless you felt insulted And I understood and I felt extremely sorry about it as me and my family have been your fan since long. I tried to explain so many times but you never got it. I apologized but you never got it. How many times I sent you apology texts you also know. At Nita Ji’s place I only came back to apologize to you but you dint get it. No problem I apologize here In front of everyone but please it is a request Please does not remove the song that I sang for you in Sultan. You want anyone else to sing this song, absolutely fine but keep a version at least. I have sung enough songs sir. But I want to retire with at least one song of you keeping in my library. Please do not take away this feeling. I don’t know why am I doing this. I know the consequences. People are going to write their heart and mind and everything. I also know you won’t be bothered Mr Salman Khan. Still I think I need to take it out. After all I have to live with this fact that you made sure that I don’t sing for you even though so many of us requested. But I will be a fan bhaijaan.. Jagg ghumeya thare jaisa na koi.. Regards Yours truly Arijit singh Let there be light"

Let's see what happen next between Arjit Singh And Salman Khan.