Finally, the most awaited release has made its way to the theatres in India. Leena Yadav’s Parched has already achieved much recognition worldwide and it is settled today to gain reviews from the Indian audience and critics.

The date is perfect for the release. Just a week ago, box office witnessed the release of ‘Pink’ and its Parched this time. Both based on feminine issues raise strong questions in our mind. Even in this era of development, the society is underdeveloped. The film revolves around the theme of male chauvinism, child marriage and other age old traditions that have been followed since long.

Recommended: PINK Movie Review: Women-Centric Film of the Year is Worth Watching 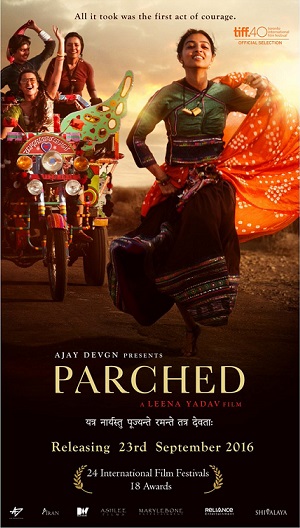 The film is about three female protagonists who try to break through these shackles of society. Belonging from a conservative village of Rajasthan, these women are forced into unwanted lives which brings them nothing but sufferings. Despite their troubles, three of them share a great bond. Rani (Tannishtha Chatterji) who is a widow since years of her brutal husband’s death, is trying to get her son married to a girl from next village. Lajjo (Radhika Apte) is a married woman who despite several efforts fail to conceive a child. She is regularly battered by her alcoholic husband. The third one is Bijli (Suvreen Chawla), an erotic dancer, a feast for the village men and a bright spark in their doleful reality. She satisfies many men during the dry nights of the village.

The village men want to live their ancestral lives and fear for the upliftment of women. For the rest, these women have a controlled journey led by the others but privately they share talks about their love, sex and dreams. They continue to live the same life unless some incidents occur in their lives. Lajjo is tired of her husband, Bijli feels jealous of the new girl and Rani finds her to be daughter-in- law dishonoured by the village.

The most interesting part about Parched is that amidst all the desolated environment, the film brings along a sense of humour which is a rare sight for such themes. When these women are laughing, cracking jokes about men and bodies, they bring smile to your face. They forget their horrors in domain and create a different world for them. You would love them for this miraculous ability to do so. 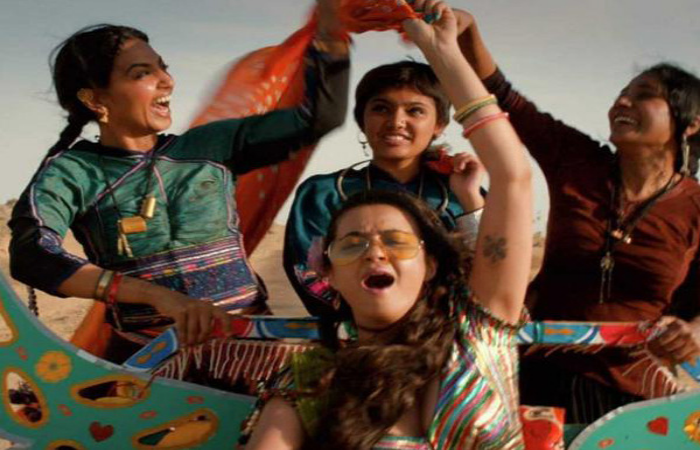 Leena Yadav has done great job with her writing and direction; compelling such a story in a distinctive texture and quality is worth watching. It is provoking, difiant, playful and disquieting all at once.

The diligent frames composed by Russell Carpenter are awash with light and colour and at the same time, captures the amazing gaze on the barren landscape of the remarkable protagonists. The spirit of emotional and visual abandon is well imbued with the taboo breaking narrative.

Seems like the actors are gifted with this performance. Radhika Apte is outstanding as the bruised Lajjo. A brave actress who holds no bar in her performance.

Suvreen Chawla plays the dancer character perfectly, refuses to dance over the tunes of manipulative employers.

Tannishtha Chatterjee skins into her character in the most effective and efficient manner. 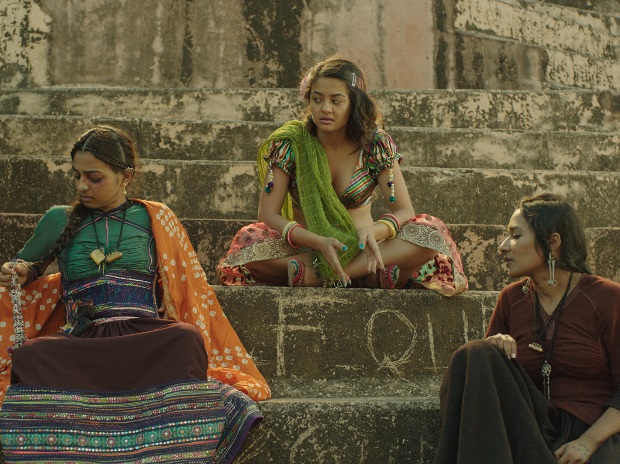 No doubt, Leena has chosen the perfect artists for the film but she has lacked somewhere in her story. The story ends with a comfy end rather than being realistic. It misses out the goosebumps that could have been achieved in a greater probability according the theme. The story is more inclined towards the preferences of festival crowd who like to explore Indian issues. It has also quite extended a few events to much aggressiveness and anger which does not seem to be realistic.

However, the attempts made by the makers are appreciable and they will keep the audience engaged. Making films on such topics is the need of the hour and Leena has definitely taken a step towards it. It fulfills the purpose of the idea but has loops that could be filled in.

No matter what the reviews are, the film has made India proud with its presence made in film festivals across the world, winning 18 awards, running successfully worldwide. It deserves a watch on the account of its recognition.

Yeah! Ajay Devgn Breaks His No Kissing Rule - Here’s Why