Bollywood movie ‘Queen’ actress Kangana Ranaut is now ready to take her acting skills to another level. The lady who has wowed her fans with her mind-blowing performances in movies like ‘Queen’ and ‘Tanu Weds Manu Returns’ is all set to blow everyone in her upcoming Katti Batti Movie produced by Siddharth Roy Kapur.

Is Kangana Going Under the Scissors to Attain the Bald Look?

In the movie, Kangana played a role of a girl who is suffering from deadly diseases, and day by day she lost all her hair. Don’t worry, this bubbly girl is not taking scissors for the role. As per some sources, she will take the help of prosthetic aids technology, to pull the bald look in the film.

Like her all movie this actress is certain to give her best to “Katti Batti” movie following huge success in Tanu Weds Manu Returns. The movie is a romantic tale directed by Nikhil Advani and delivered by UTV films. 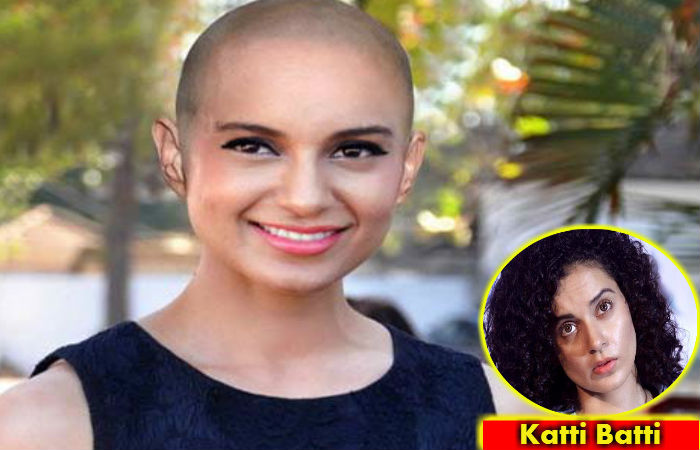 In this movie Bollywood heartthrob Imran Khan is also in the lead role, opposite to Kangana Ranaut. The movie will intended to release in September 2015. According to the latest buzz, film story will be different from the usual drama in Indian Cinemas. Kangana will be seen as 'Payal' and Imran as 'Maneesh Sharma'.

Going by rumours, then Katti Batti movie is not going to release anytime soon, so Kangana’s fans have to wait a bit longer to see her unique avatar.