Finally, the sequel of Gaurang Doshi's 2002 super hit movie 'Aankhen' is set to go on floors this year in May. According to rumors Bollywood’s handsome hunk, ‘John Abraham’ has replaced Khiladi Akshay Kumar in ‘Aankhen 2’.

The actor also replaced Akshay Kumar in two of his franchises ‘Hera Pheri 3’ and ‘Welcome Back’. Reportedly John Abraham will play the role of a blind man in the forthcoming movie ‘Aankhen 2’.

Amitabh Bachchan to Play a Villain in Aankhen 2 Afresh

The director ‘Aneez Bazmee’ replaced the prequel director ‘Vipul Amrutlal Shah’ in ‘Aankhen 2’. Recently Aneez wrapped up his first sequel movie ‘Welcome Back’. He has one more film lined up in 2015 which is Boney Kapoor's ‘No Entry Main Entry’. 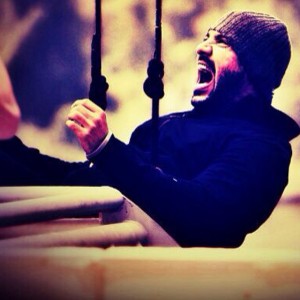 Aneez Bazmee recently revealed Aankhen 2, that the movie will be a continuation of the first part and will start from the ending sequences the movie Aankhen.

‘Aankhen 2’: Anil Kapoor Roped In For a Prominent Role In ?

The director of Aankhen 2 unveils that- "Part two will start from where Part one left off Amitabh Bachchan getting released from jail and recruiting three new blind men, one of whom is John Abraham."

Akshay Kumar and Arjun Rampal from the first sequel of the movie won't be back. But Amitabh Bachchan will return as the villain of the movie. Aneez Bazmee says -"He's the soul of the film."

According to rumors, the maker of the film also roped in Anil Kapoor for an alluring role.

Get more about John Abraham movies updates from Bollywood News.