Recently Nadiadwala Grandson Entertainment has confirmed that they will be soon rolling out with a new Bollywood Hindi movie ‘Dishoom’. The forthcoming movie ‘Dishoom’ features Bollywood heartthrobs Varun Dhawan and John Abraham, together. The new masala movie is directed by Rohit Dhawan and produced by famous producer Sajid Nadiadwala.

The maker of the film has not revealed anything clearly about the new venture yet. However, this is true that the movie is full entertainer just like Sajid Nadiadwala’s other films.

Reportedly, Sri Lankan beauty ‘Jacqueline Fernandez’ has signed ‘Dishoom’. Jacqueline has earlier worked with Sajid Nadiadwala, in Salman Khan starrer ’Kick’. At present Bollywood’s hot actress Jacqueline is busy in the promotional event of the upcoming movie ‘Roy’ and now she adds one more movie to her kitty. 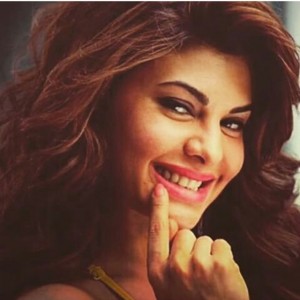 This is be the first time when the actress would be sharing silver screen with young and talented actor Varun Dhawan, on the other hand she has earlier worked with John Abraham in the movies like: ‘Race 2’ and ‘Housefull 2’.

The Upcoming ‘Dishoom’ Is Going to a Complete Masala Movie

2014 has already been a great year for the Nadiadwala Grandson Entertainment production house.

You may also like: Watch: Varun Dhawan’s Romantic Track ‘Jeena Jeena’ from Badlapur

Get more updates about Varun Dhawan and John Abraham movies from Bollywood News.