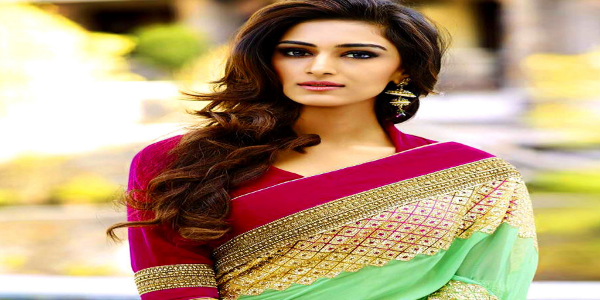 Erica Fernandes is an Indian film and television actress. She has appeared in various Kannada, Hindi, Tamil and Telugu films.

She made her debut in acting line with the role of Manjari in Tamil movie ‘Ainthu Ainthu Ainthu’ which subsequently made her a prominent feature with the Kannada movie ‘Ninnindale’.

Talking about Bollywood, she gained popularity with the role of Natasha in the movie ‘Babloo Happy Hai’.

Prior to her film career, Erica Fernandes was the participant of the beauty pageant Miss India 2012, finishing in the top ten.

With her good looks and mind blowing acting, she has established herself well in the Hindi television also.

Currently, she is playing the role of Dr. Sonakshi Bose in Kuch Rang Pyar Ke Aise Bhi series featuring on Sony Entertainment. Let’s know a bit more about her early life and career.

Erica is brought up in Mumbai but was born to a Konkani speaking family in Mangalore. She studied in Holy Cross High School and finished her graduation days from SIES College of Arts, Science and Commerce, Sion.

Further, she pursued her Bachelors in Arts from St. Andrews College, Mumbai but dropped in between for pursuing her modeling career.

Since 2010, she has taken part in several pageants and has won Pantaloons Femina Miss Maharashtra 2011 along with other titles.

Erica Fernandes Biography also upholds all the information about her career and physical stats. She began her career by modeling for B-Blunt, at the age of 17. Along with modelling she started giving auditions for films.

She auditioned for the lead role in S.J. Surya’s Isai but could not make through it. Instead, got selected to play the lead in bilingual Virattu/ Dega , featuring alongside newcomer Sujiv, son of the director Kumar.

Her pictures also caught attention of Director Sasi at Meera Kathiravan’s office which made her achieve the role of a software engineer in the film Ainthu Ainthu Ainthu alongside Bharath, who plays her love interest.

Erica Fernandes made her debut in Kannada with the film Ninnindale in 2014 which was followed by her Hindi debut Babloo Happy Hai, directed by Nila Madhab Panda.

After gaining experience from the film industry, Erica wanted to utilize her skills in Hindi serials also, for which she got shifted to Mumbai.
She has another pending feature Vizhithiru, which is likely to release in 2016.

Know All About Your Favourite Actress Deekipa Padukone

The gorgeous actress is not dating anyone as of now but she has her thoughts settled for the ideal choice. She says,

“My ideal guy should have a good physique, a good sense of humor and be able to bear me."