Christmas is the new season for film release. While Salman Khan has booked December 2017 for 'Tiger Zinda Hai', Hrithik Roshan has grabbed an year ahead, Christmas 2018. Rakesh Roshan has officially announced the release of 'Krrish 4' in December 2018.

Rakesh Roshan made this decision at an instant considering the blessings of Bappa Ganpati. When his wife showed him a picture of Lord Ganpati dressed in the outfit of Krrish, he took it as a signal from him and announced the third sequel officially.

"When my wife showed me Bappa's picture, it reaffirmed my belief that Krrish is the original superhero we have. It boosted my confidence and inspired me to make the fourth installment. Ganesha is also called the God of Auspicious beginnings. I guess this was his way of saying that we have his blessings for 'Krrish 4"

The film would go on floors in 2017 and the release is announced to be Christmas 2018. This shows that father Rakesh Roshan has already given a thought to the film. 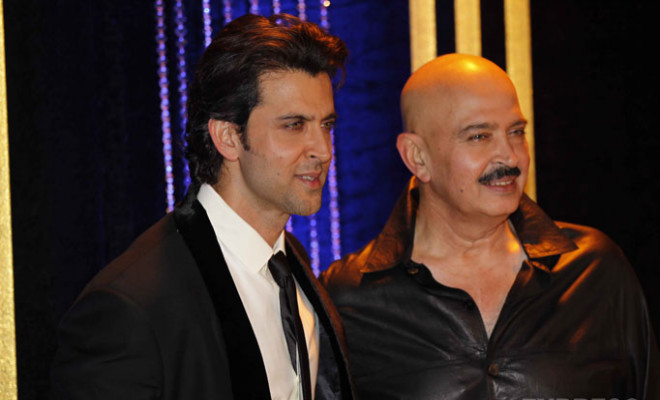 The father son duo has showcased excellent entertainment right from Kaho Na Pyaar Hai to Krrish 3. This film will surely be a bang on, which means new storyline, advanced VFX and an expected higher budget.

Meanwhile, Rakesh Roshan’s 'Kaabil' is in line. Another duo from father and son, starring Hrithik Roshan and Yami Gautam, direction by Sanjay Gupta, releasing on January 26, 2017.