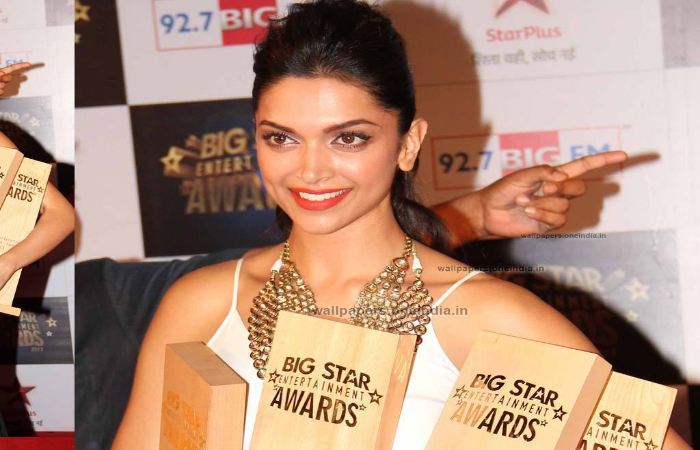 All About Deepika Padukone

Born on 5 January 1986 in Copenhagen, Deepika Padukone is one of the most recognized faces of Bollywood industry. She is a great actress and model, competing against the world actresses in monetary terms.

She has grabbed various awards not just as a model or actress but also as a sportsperson. Being the daughter of Badminton player Prakash Padukone, she has established herself equally in sports too.

She had always wanted to be a fashionista but fate led to her to acting and since then no one has been able to stop her. Against all the odds, Deepika has set herself apart from all others.

Here is a biography of Deepika Padukone providing a deeper insight into her personal life and career.

She did her schooling from Sophia High School of Bangalore followed by graduation from Mount Caramel College. She wanted to study sociology further and thus got admitted for B.A. at Indira Gandhi Open National University but dropped in between for her modeling career.

In the teenage of her life, Padukone’s only focus was Badminton. She used to get up at five in the morning for her physical training, attend the school, play badminton and sleep after finishing her homework. She won various national level championships. She was also very good at baseball and played state level tournaments for the same.

A few years later, she realized that playing badminton was something that she had been doing for her family. In 2004, she left badminton and took up modeling as her full-time career.

Deepika Padukone received recognition from the TV commercial of Liril soap. In 2005, she made her ramp debut for designer Suneet Varma at the Lakme Fashion Week followed by “Model of the Year” title at the Kingfisher Fashion awards. Her fame increased with the print campaign of Kingfisher Calendar 2006.

Soon Deepika started getting offers for film roles. Her first acting debut was a Kannada film Aishwarya directed by Indrajit Lankesh. Then was her debut with Shahrukh Khan in the movie Om Shanti Om directed by Farah Khan.

Despite a few flops like Karthik Calling Karthik, Lafangey Parindey, Dum Maaro Dum; she is sitting firmly on the throne of the best actress in the industry.

Deepika Padukone loves to take part in stage shows. She has also been a columnist for Indian newspapers. She owns a woman clothing line in association with Van Heusen.

Being the founder of “The Live Love Laugh Foundation”, she has strong opinions about mental health in India. She has outspoken on the issues of feminism and depression.

Deepika’s love for sports could also be seen in the opening ceremony of the 3rd season of IPL. She also supported the Indian athletes in Olympics as a team member of the Olympic Gold Quest.

Padukone is admirable for her association with NDTV’s Greenathon Campaign leading to the adoption of a Maharashtra village, Ambegaon in order to provide regular electricity.

As per the reports, Deepika Padukone shares great chemistry with Ranveer Singh. Their families are likely to arrange their wedding next year.