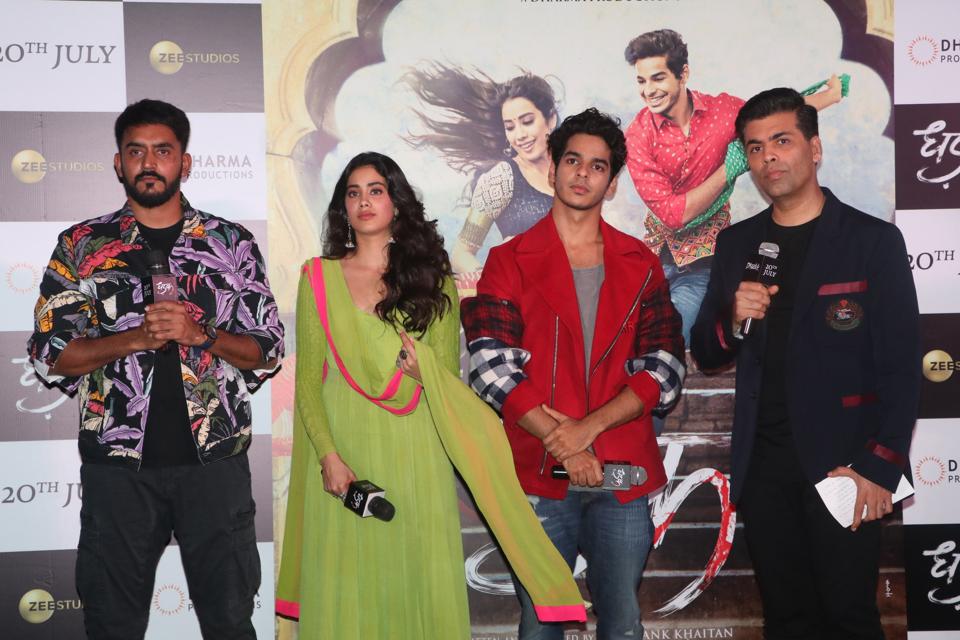 Dhadak is a remake of blockbuster Marathi film 'Sairat' which had Rinku Rajguru and Akash Thosar as the star cast and was directed by Nagraj Manjule. Dhadak movie is directed by Badrinath Ki Dulhania fame Shaishank Khaitan and produced by Karan Johar’s Dharma Productions.

While Janhvi Kapoor is debuting in Bollywood with Dhadak, Ishaan Khatter is quite excited about his second movie. His first movie was Majid Majidi’s Beyond The Clouds.

The first film is always very special for any actor but it seems like the audience doesn’t like the trailer that much.

Yes, sadly after the launched of the trailer on Monday , Twitter  was flooded with memes and jokes.

There are many who have praised the astonishing chemistry between the star kids Janhvi and Ishaan. While, on the other hand, there are some people who started tweeting memes just after the trailer.

Seem like the Dhadak movie trailer also gave Twitter the much-needed opportunity to come up with jokes. While many were delighted with the couple’s performance, others started making comparisons even before its release.

Here are some reactions on the Dhadak trailer given by Twitterati.

People didn't stop here. In fact, they started posting more and more jokes and negative things about the actors and Bollywood nepotism.

OMG! It seems really disappointing but we don’t want to put any point yet as time will speak. Better wait for 20 July to know the actual reviews of the movie Dhadak.