Sri Devi’s daughter Jhanvi Kapoor is the hottest celeb kid of the tinsel town who always shares a limelight. Really, if there is one Bollywood debut we all are waiting is of Jhanvi Kapoor. The bombshell bikini girl is giving a tough competition to other celeb kids like Saif Ali Khan’s daughter Sara Khan and Big B Grand - daughter Navya Naveli.

Since a very long time it has been speculated much about Jhanvi’s debut, we have no idea when she will be launched and opposite to whom. But after watching her recent sensuous photoshoot  - it seems that diva is all set to enter in Bollywood. No doubt she is already an instagram sensation. Wow! Papprazzos got the new identity to run for. And why not she is not only Sri Devi’s daughter instead she has her own style point. 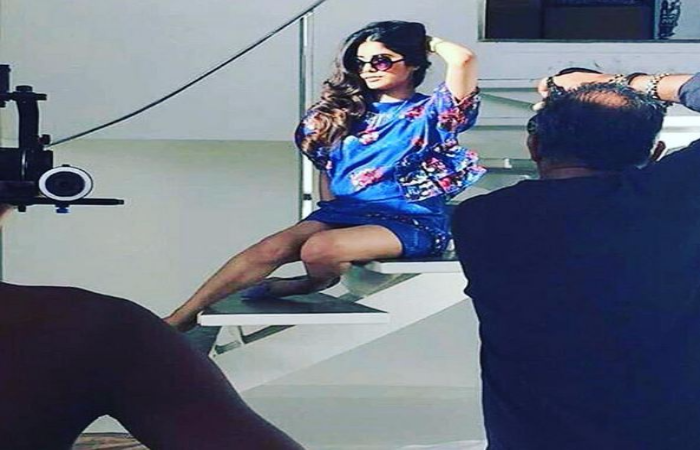 We are eagerly waiting to watch Jhanvi on silver screens. Earlier it was rumored that Jhanvi is all set to make her Bollywood debut through Karan Johar’s SOTY sequel opposite Tiger Shroff. But after that this news just vanished and further news of playing as a lead in Marathi film Sairat is her first film.

But father Boney Kapoor clarifies about her Debut projects and said –

“Yes, Karan has been talking to us about a film for Jhanvi and we’ve given consent. But we don’t know which project it would be. Since Karan has recently acquired the remake rights of Sairat it is being presumed that our daughter would be launched in this project.”

So, at least her debut is confirmed and we will be seeing this sexiest laggy lass surely anytime in 2017. Well, that’s great news. Let just see who earns more followers in the list Saif Ali Khan daughter Sara or Sri Devi’s girl Jhanvi Kapoor.