Box Office Alert! Once again Bollywood blockbuster “Toilet - Ek Prem Katha” is rocking the box office but this time not in India but in China. Yes, that’s true! Akshay Kumar’s movie, based on the social issue (lack of women toilets), has become an unexpected hit in China since its release on last Friday, reported the South China Morning Post (SCMP) today. 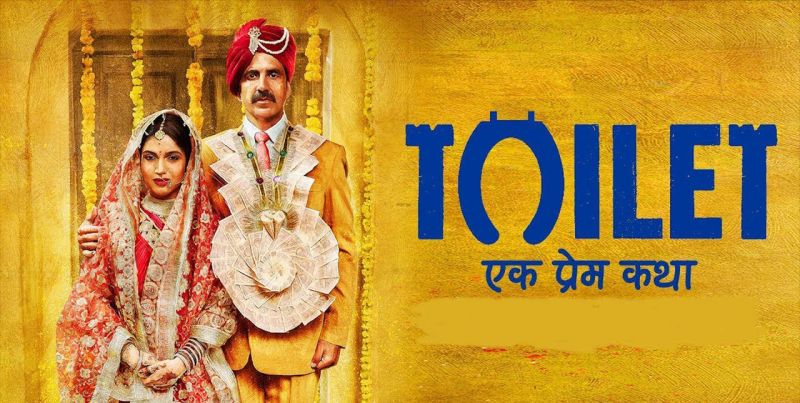 Akshay Kumar and Bhumi Pednekar starrer Toilet - Ek Prem Katha just made its Chinese debut and has already minted 66 million yuan or US$10.3 million in the Chinese cinemas in its opening weekend.

In this context, the film trade analyst Taran Adarsh also shared his view and tweeted on Monday about the Toilet Ek Prem Katha’s amazing opening in China.

However, many people in the industry were not too confident about the film’s business potential in China because the film is rural-centric. But the movie did an unexpected job. Along with audience, some famous personalities also saw the movie.

A white collar worker in Shanghai ‘Sandy Liu’ also said that she likes the movie as it points at a disgusting ritual from the traditional era. She also added that the movie has showcased the emergence of feminism and most importantly does it in a humorous way.

A Beijing-based film critic also said that China had produced a few movies on social issues but they were not as engaging as this movie is. In fact, they failed in telling the story in an engaging manner.

"If you look at the overall box office performance in China, it's always comedy and romance that do the best," said the critic.

Not only Toilet Ek Prem Katha, but recently so many Indian films like Dangal, Secret Superstar, Bajrangi Bhaijaan and Hindi Medium made their debut among Chinese audiences and did well on Chinese box office.

Response for ‘Race 3’ Is Extremely Astonishing From All The Centers: Distributors