Shweta Pandit is a very popular name in Bollywood industry. Not only she is famous for her singing skills but also she made her name in the industry as a composer, songwriter and as an actress.

Above all, Shweta Pandit is a versatile personality, who started working at the age of 4 and dubbed for the lead actress in an award winning film Anjali. She also crooned for various Television commercials. 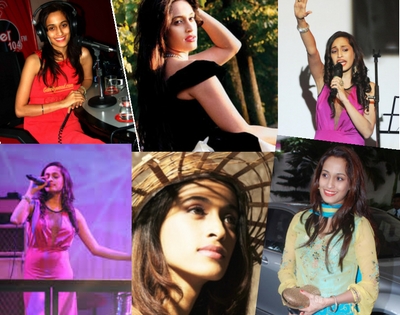 Shweta Pandit got her first break from Aditya Chopra’s film Mohabbatein. You would be surprised to know that her debut record album was released when she was just sweet sixteen.

Not only she had lent her voice for Hindi films but she has also crooned for Tamil and Punjabi movies. Talking about her television start, her first reality show was Mission Ustaad in 2008 where she played as a playback singer.

She was in the news for her live performance with A.R Rahman in 2010 in Oslo, Norway, where she performed the track “Jai Ho” from Anil Kapoor’s movie Slumdog Millionaire.

This was the song from the movie Ladies Vs Ricky Bahal starring Anushka Chopra and Ranveer Singh.

Halla Re is the dancing track from the film Neal n Nikki. The track was much appreciated by the viewers. In the male voice, Salim Merchant crooned by Uday Chopra.

It was the rocking number from the film Ladies Vs Ricky Bahal. Shweta Pandit sang very loudly and this track was the dance number for any wedding occasion.

It was featured in Emraan Hashmi’s film Raja Natwarlal. Although the movie didn’t collect a huge amount at the box office but this song sung by Shweta Pandit got a thumbs up from the viewers.

Tu Nahi from the film Satya 2  is a slow romantic track. The lyric of the song was penned by Nitin Raikawar and is sung by Leonard Victor and Shweta Pandit.

Heera is another soulful track from Highway, which is sung beautifully by Shweta Pandit picturised on Alia Bhatt and Randeep Hooda.

Aaja Soniya is another lively track from the film Dus Kahaniyaan in the voice of Shweta Pandit, Sudhanshu Pandey and others.

Angel is an album of Shweta Pandit. This beautiful song is must be one on your favorite list track.