Recently, Ayesha Shroff, wife of famous Bollywood actor Jackie Shroff filed a defamation case against the actor Sahil Khan, for taking Rs 5 crore from her and not returning back the money.

According to report, last week Sahil’s lawyer submitted intimate photos of the actor with Jackie Shroff’s wife Ayesha in a compromising position. Sahil’s lawyer claimed that Ayesha and Sahil were not just professional but also they had something more.

Ayesha Shroff is Ready to Fight the Defamation Case 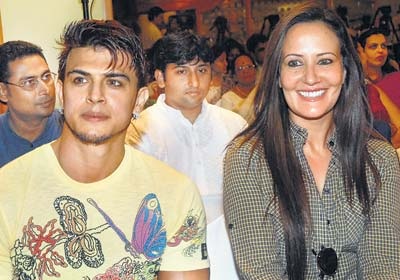 You may also like: Sahil Khan to Show his Intimate Photos with Jackie Shroff’s Wife

Reportedly, the B-Town actor Jackie Shroff is all ready to file a FIR against the style actor Sahil Khan, for slandering and trying to threatening his wife Ayesha. A source revealed that-

“Ayesha is ready to fight this case till the very end.”

According to the FIR, actor Sahil didn’t return her the money which she gave him to buy some expensive gifts. Apparently, Sahil had claimed that he can help Ayesha get a discount, therefore she gave him Rs 1 crore, but she claimed that she had paid him extra for her son expensive car and daughter’s diamond ring. After receiving the amount, the actor neither handed over the gifts nor returned the money, that’s why she filed an FIR against Sahil in 2014 Nov.

Earlier Jackie Shroff’s wife Ayesha filed an FIR at Bandra police station after which she received intimidating messages and calls from unknown number.

An officer at the Bandra police station said that-

"Yes, a fresh FIR has been registered by Ayesha Shroff after she received some threatening calls from unknown numbers."