Adding to the names of Kylie Minogue, Lulia Vantur and Tata Young, now the celebrated Dubai based entrepreneur, socialite and model, Russian diva Natalia Kapchuk is here to take a turn towards Bollywood.

Given Bollywood has frequently demonstrated an inclination to bait these flawless gals into Hindi movies; Natalia, the sex-siren has become the latest to count in the listing of firangi superstars who have landed to Bollywood.

You may also like: Omg! Mila Kunis doesn’t Know How to Deal with her Post Baby Boobs

Sunny Leone who set her foot in India has unquestionably demonstrated that if you have the required ability you can become showbiz royalty in India, furthermore particularly in Bollywood. No big surprise we see a string of firangi beauties going into the island city looking for more prominence and the greater however the more elusive fame. 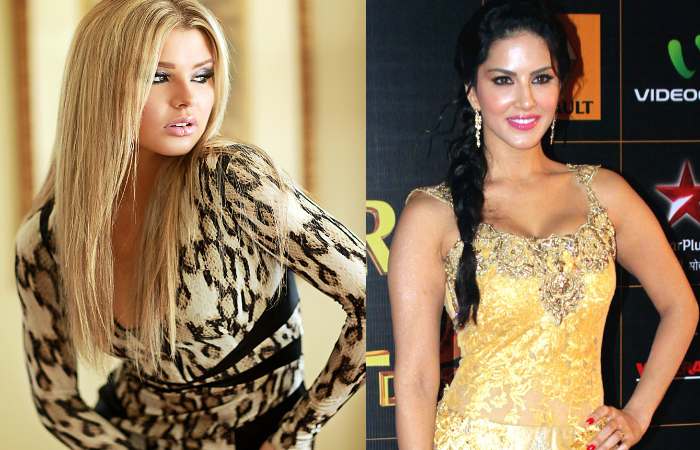 The lithe beauty is geared up to be soon seen in a Bollywood movie Dilliwali Zaalim Girlfriend's promotional video feature with Divyendu Sharma and Dr. Zeus!

A famous face and abundantly celebrated name amongst the youth, Natalia will unquestionably be raising the temperature to the sultriest. Miss Siberia, 2002, Natalia Kapchuk have a substantial fan following over the world and even standout amongst the most popular names in the fashion world and different social networking sites. Getting her to add allure to the film beyond any doubt appears like a huge jump for Bollywood.

When the director of the film was asked, how she managed to convince the lady, Japinder Kaur said,

“Natalia is a very dear friend of Tarn, the producer, and me since years. We both always thought and wanted to cast her in a highly slick action oriented sexy film as she is an absolute stunner. However, we didn’t miss looping her in when we had a chance of a promotional track for Dilliwaali Zaalim Girlfriend which is a youthful fun film. The song is designed as an ALL girl pool party and I’m sure the audience will enjoy it.”