Bollywood Actor Sahil Khan has released his intimate photos with his so-called female lover Ayesha Shroff after she claimed that Sahil is a gay. Ayesha is the wife of well-known bollywood actor Jackie Shroff.

Sahil is nowadays facing high profile litigation from producer Ayesha Shroff. She claims that Sahil cheated her out of money.

Sahil Khan hit back to her with claims that she spent the money on him, when they were having affair, while Ayesha react back to him by claiming that Mr Khan (Sahil) is a gay. 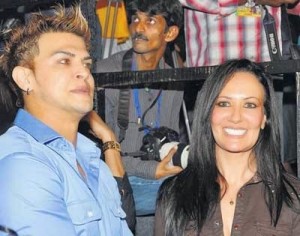 I'm Not Gay, Have Intimate Photos with Ayesha to Prove it', Stated Sahil

“My lawyer has requested the court to hold an in-camera trial to reveal the truth because there are some intimate pictures of me and Ayesha which we have to show to the court.”

“Ayesha has said so many things about me — that I am gay and that we did not have physical relations and she has left me no choice but to take all these things to the public.” 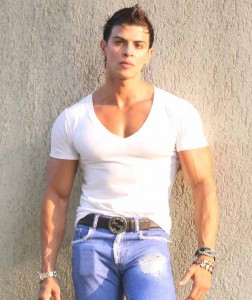 “We have requested the court for in-camera trial so we can show the intimate pictures of Ayesha and Sahil.

“Ayesha has always said that she has invested money in the business, but the truth is that she spent the money so that Sahil spends quality time and moments with her.

“We have also asked for the in-camera trial so that the photos do not become public and harm their reputations”.

“The case was adjourned to January 16 yesterday and we will argue for the bail and the in-camera trial during the next hearing” Lawyer Said.

So the case is in the queue on the Court. Let’s see what’s next going to happen in this case.

Get more updates about Sahil Khan from Bollywood News.

Zayed Khan and Hrithik Roshan: We are Friends for Life

Kareena Kapoor Signs a Film Opposite to her Ex Shahid Kapoor