Aishwarya Rai Bachchan Poster of “Jazbaa” was revealed at the Cannes film festival.  Miss World is coming back after a long time on big screens with her movie ‘Jazbaa’ and she is playing as a lawyer in the film.  Aishwarya was last seen in Sanjay Leela Bhansali’s film ‘Guzaarish’ in 2010. The movie was directed by Sanjay Gupta, and Irrfan Khan.

Anupam Kher and Shabana Azmi are playing crucial roles. The movie stands on Aishwarya Rai, a lawyer who contends a death row victim. According to the poster of ‘jazbaa’ Aishwarya looks outstanding in her serious role, respectful lawyer, and she looks amazing to presents her court proceeding.

Some News about Aishwarya’s Upcoming Films

Director Sanjay Gupta releases film on August 15, this is the big launch of Aishwarya‘s after her comeback. Aishwarya will be seen in Karan Johar next venture ‘Ae Dil Hai Mushkil’, which will release on Diwali next year. In this movie Aishwarya, Ranbir and the long leg lady of the Bollywood Anushka are in lead roles. 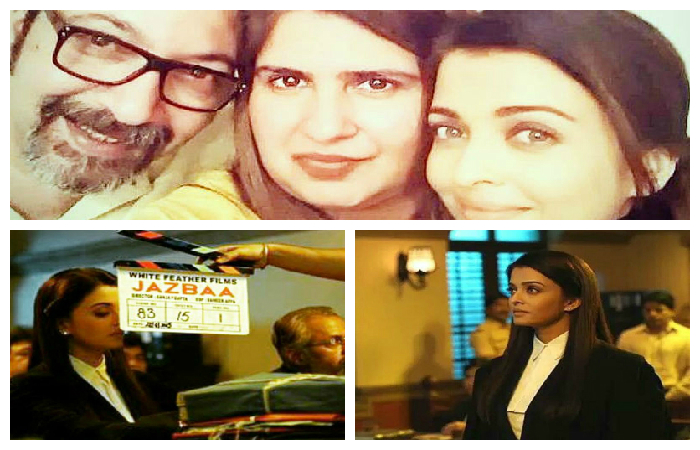 Actor John Abraham and Director Sanjay Gupta share very good friendship and they both had worked together in previous films like ‘Zindaa’ and ‘Shootout at Wadala’. Aishwarya Rai Bachchan will be working first time with Sanjay Gupta.

John Abraham says- “I think Aishwarya and I will make a good couples. It’s a great script, Sriram is a good director and I am extremely excited about it.”

The Film ‘Jazbaa’ is Directed by Sriram Raghavan and Produced by Sanjay Gupta. It will be release on January 2015. See related news here
Prev article