After taking the fans on storm, a couple of days earlier with Aishwarya Rai Bachchan’s first look from Jazbaa movie, now Sanjay Gupta have finally unveiled another poster! After Aish, newest poster from the film features, the other maestro i.e. Irrfan.

Let us make this clear, that the serious hero is looking awfully dashing in his first look from the film. Lastly we saw Irrfan Khan in Deepika Padukone and AB’s Piku as Rana, a local cap company owner and now he would apparently play a suspended cop in Aish’s much coveted come back.

Here is the New Irrfan Khan by Sanjay Gupta in Jazbaa Movie! 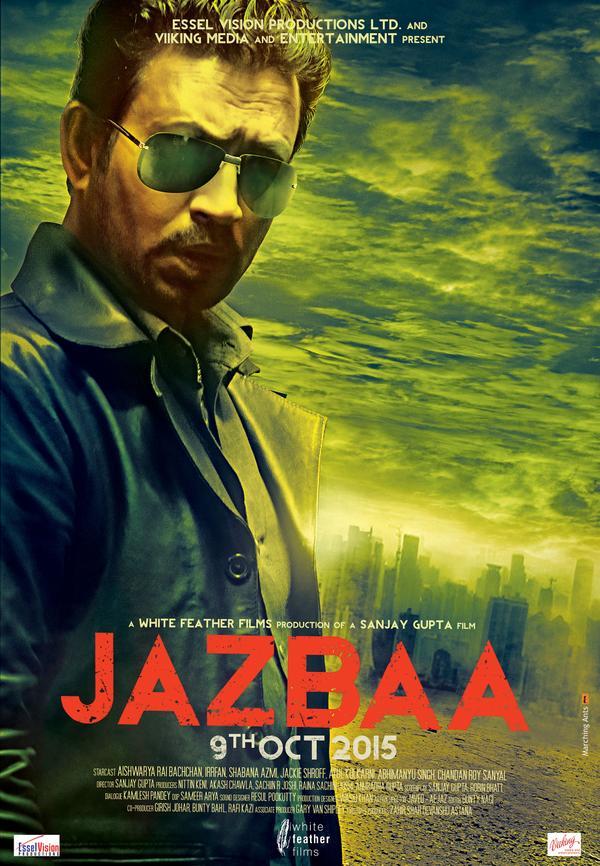 As Aishwarya’s new look from the film astounded all, in the same manner Irrfan’s Jazbaa first look is eye-catching too. The poster not just seems tough however, somewhere have a Hollywood feel to it! Of late, Sanjay took it to twitter presenting the poster of the actor, as that of the actress. He also revealed that he did a makeover upon the actor for the film, which seems to be his USP!

In the poster, a rouged Irrfan could be seen in a debonair avatar, standing with the known cityscape at the rear!