In Kumkum Bhagya Serial, Bulbul (Mrunal Thakur) and Purab’s (Arjit Taneja) marriage life is not leaving drama. In the very beginning Bulbul had an accident during her mehandi rasam and now she got murdered on the day of her wedding.

As per the latest episode of 7 July, Purab is about to tie a knot with Bulbul. But suddenly Bulbul was found missing from her wedding place and Aaliya turned into bride and sits in mandap on behalf of Bulbul. Clever Aaliya thoughts by doing so, no one can separate her from Purab once marriage is done.

According to Kumkum Bhagya Latest News Aaliya draped Bulbul’s dress and persist marriage with Purab. No member in the family were aware of this vile. Everything was moving as per the Aaliya’s plan but suddenly Abhi’s (Shabbir Ahluwalia) saw that the bride had wore Aaliys’s bracelet. 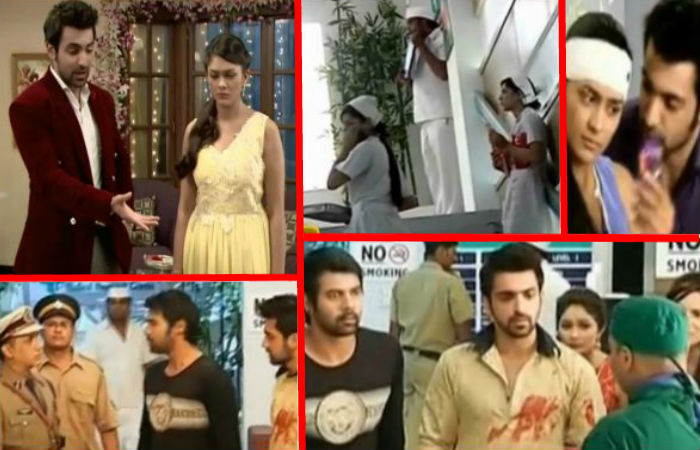 He confused lot, whether to check or not, who is the bride and later on decided to see brides face. And what he saw is surprising. Aaliya’s truth was revealed before everyone. She confesses that Purab and she are made for each other that is the reason why she killed Bulbul. Abhi shocked and slaps her hard. Purab got angry and left the mandap for finding bulbul.

Pragya is not ready to admit that Aaliya murdered Bulbul in Kumkum Bhagya serial, she goes and look for her sister. What do you think guys do Aaliya really killed Bulbul or she was tricking to marry Purab.

Civvies of the Newlyweds – Shahid Kapoor and Mira Rajput