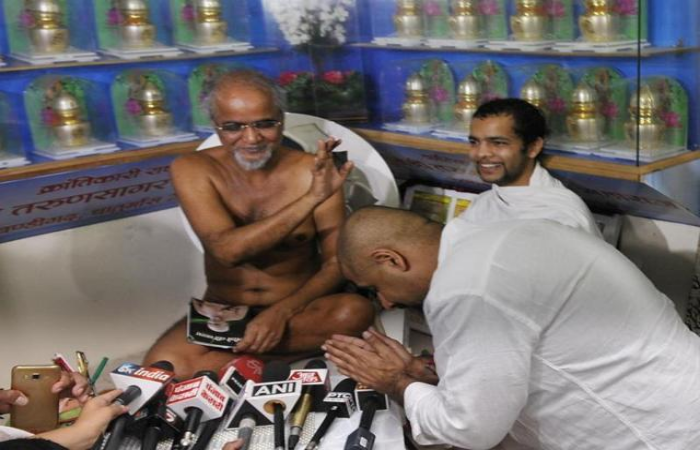 Few days back, Vishal Dadlani had tweeted a photo of the Jain monk with unsolicited comments. He reacted to the monk’s appearance wearing no clothing in the Haryana State Assembly.

This led to huge protests from the Jain followers and Delhi’s Chief Minister Arwind Kejriwal, who is also a follower of Tarun Sagar, was unhappy with him.

“I feel bad that I hurt my Jain friends and my friends Kejriwal and Satyendar Jain. I hereby quit all active political work or affiliation”

“I’m sorry to have offended you and your beliefs too, Sir. My intent was not to hurt anyone. Spoke without thinking.”

In response to this Tarun Sagar quoted –

"I don't think he (Vishal) knows anything about Jainism or our beliefs. Also, the question of apology doesn't arise as I am not angry with him in the first place."

An FIR was also filed against him

"I regret whatever I had said earlier. Unknowingly, I had commented about guru ji. But after hearing his ‘kadve parvachan’ (harsh words), I found them sweet. Guruji accepted my apology, he has forgiven me and I think we've also developed a bond of friendship."