After impressing the moviegoers with a power pack performance in Pink starring Amitabh Bachchan, the actress Taapsee Pannu is all set to entertain her fans with her new avatar. The film Runningshaddi.com is directed by Amit Roy that stars ‘Kai Po Che’ lead Amit Sadh in the key role.

It will be Amit’s first directorial in the industry, earlier he worked as a choreographer in several films like Sarkar Raj and Sarkar. The plot of the story revolves around the man Amit Sadh who helps people elope and marry with their sweethearts. The trailer looks out of the box and it shows a fun ride. 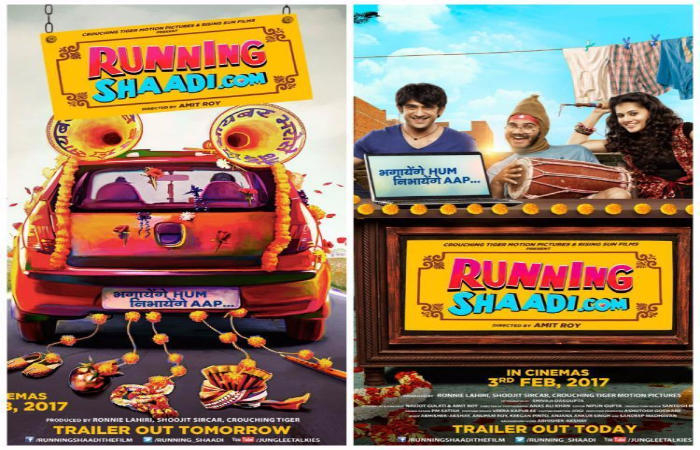 The trailer will make you remember Anushka Sharma and Ranveer Singh’s Band Baaja Baarat, while the running shaddi.com will take you a notch higher that only revolves around the secretly getting married frames. Taapsee Pannu plays an outspoken girl while Amit Sadh character looks somewhat similar to Bittoo Sharma’s character. The tagline of the movie –

Both the actors Amit Sadh and Taapsee Pannu have gained a lot of accolades for their performances in the film ‘Kai Po Che’ and ‘Pink’ individually. Let’s just wait how the two looks together and how much Amit Roy directorial did earn this time.

We are not sure about Amit Sadh’s next release but Taapsee has 3 films in her kitty this year following by Runningshaadi.com the two more are The Ghazi Attack and Naam Shabana.