Rohit Shetty’s upcoming ‘Dilwale Movie’ is the most awaited movie of the current year. Its interesting to know that, one of its scene has created a lot of buzz in the B- town.

The latest news has steeped in the door saying - Shah Rukh Khan and Varun Dhawan will expose their body in the Movie. They have shot a scene shirtless, exposing their stunning body shapes and abs. The movie is set to release on December 2015. But, to keep it alive Rohit is continuously serving treat to Bollywood. It seems like december is so far that is might be the reason Rohit is surprising the audience with the alternating news.

Shah Rukh and Varun Working Hard for Their Physique

Both Shah Rukh Khan and Varun Dhawan have started working on their body as both of them are very excited to show their dole (Abs) to their fans. Concerning Rohit, we feel that the producer is making sure that his next trip is no short of a mega hit that his last excursion with the King of Romance was. 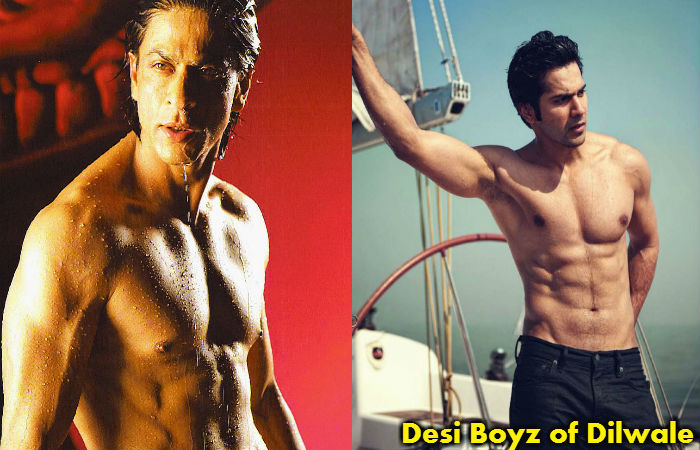 As per some sources; "Shah Rukh Khan and Varun Dhawan are both looking forward to the scene where they will go shirtless together. Varun and SRK will flaunt their abs and both these actors are working on their physique right now. Of course, both will want to look their best.”

In the movie the audience will get to see the romance between Shah Rukh and Kajol on the screen, apart from them movie also stairs fresh duo of two very good looking actors Varun Dhawan and Kriti Sanon.

Dilwale movie will going to release on 18 December, which means fans will need to sit tight a for around six months to catch the most awaited on the huge screen.