Post his last bit ticket release ‘Happy New Year’, King Khan is keyed up for his two new releases ‘Fan’ and ‘Dilwale’. The shooting of ‘Fan’ movie starring Waluscha D’Souza has been in progress since a long while. The film that was slated to release somewhere in early 2015 however had been pushed back to September, and now to SRK’s birthday in November. The film is already trying to cope up with its schedule and would now be dragged to somewhere to the end of the year down its visual effects and delayed shoots.

Now the latest news suggests that Rohit Shetty’s much anticipated project Dilwale movie that went on floor somewhere around 20 March 2015, would also see a release closely with Fan! Starring Shahrukh Khan and Kajol, with Varun Dawan-Kriti Sanon, the film has been slated to release on Christmas December 25, 2015. Seeing Rohit Shetty’s punctually for his film, apparently the movie wouldn’t get delayed from its scheduled date. Where Masala flick ‘Fan’ is the story of a celebrity and fan both played by ‘SRK’ on the other hand, ‘Diwale’ is a comedy drama by Rohit Shetty, marking the comeback of Kajol. 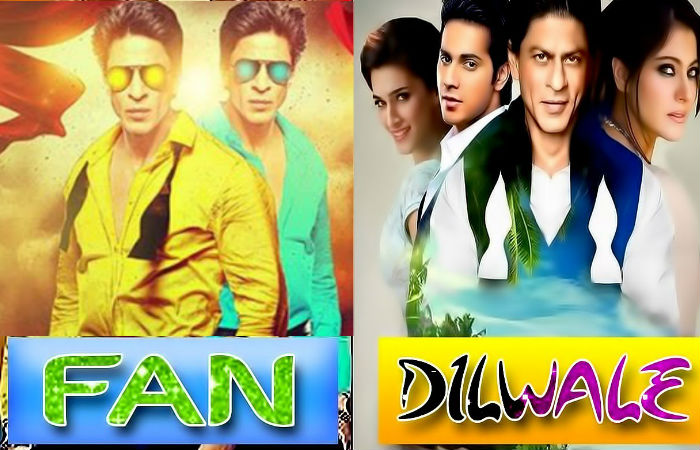 Well this means Maneesh Sharma’s ‘Fan movie’ and Rohit Shetty’s Dilwale movie would bring a double treat for SRK’s admirers. There would be a shot span of time amid which there would be two SRK movies by the end of the year, and nothing could be more joyful than this for his fans to close the year with!

If the two films would release near each other then it would be King Khan vs. King Khan on the box office. Well this isn’t all for Bollywood’s ‘Don’, ShahRukh Khan upcoming movies also includes Rohit Dholakia’s ‘Raees’. The action thriller is set in Gujrat in which the ‘Happy new Year’ actor would play a bootlegger. The film also has Farhan Khan and Mahira Khan. SRK seems ready to take his fans at storm with his three gigantic releases!

Would Salman Khan and Shahrukh Khan Clash in the Theaters? 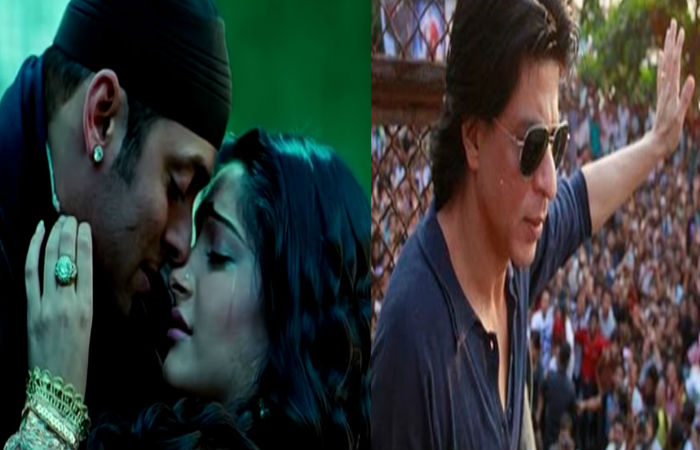 Along with King Khan’s highly awaited movies, Salman Khan is also keyed up for three big releases in 2015, Prem Ratan Dhan Payo, Hero (Sallu’s production venture) and Bajrangi Bhaijaan. Well Salman Khan and Sonam Kapoor’s ‘Prem Ratan Dhan Payo’ also had its initial release on November 2015, if it would also hit the theaters somewhere along the same time then we would get to see Salman and Shahrukh clashing on the theaters.

Well it be ShahRukh Khan upcoming movies or Salman Khan’s, all we could say is that, there is a lot of fun and entertainment packed up for the fans by the end of 2015!

Though the start of 2015 hasn’t witnessed any block buster hit, yet with films as Dil Dhadakne Do, Bombay Velvet, Gabbar is Back, Piku, together with Salman and SRK’s slated releases there is lot of ventures for Bollywood lovers to be look forward for!

Bollywood Song Gabbar Aa Jayega Lyrics from Gabbar is Back

Banno Song: Kangana Shows her Thumkas in a Haryanvi Style