Sonam Kapoor is known for her style statement. Her Bollywood connection is not unknown but her social works definitely are. Sonam became the brand ambassador of Cuddles Foundation. It is the only organization in India that takes care of the nutritional needs of children suffering from cancer. 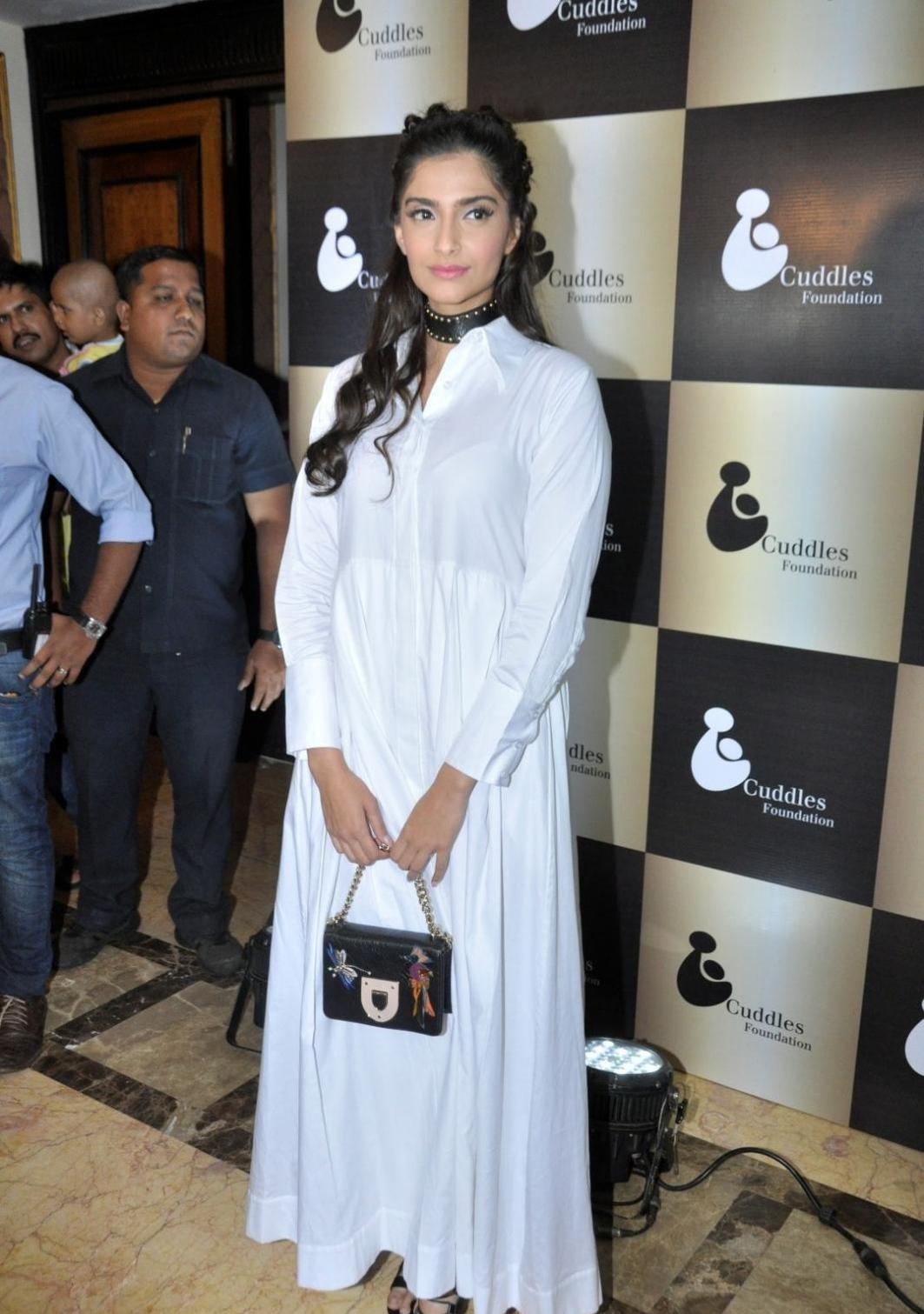 Sonam Kapoor not just supports the foundation but also spends her time in meeting kids at the hospitals. She recently spent a few hours in the children’s cancer ward at Tata Memorial Hospital. She wanted to explain them the importance of eating right in a happy manner and for this, she read them a book “Gubloo And His Magic Rings”.

“Things we get easily we always take for granted, whether it is our body or the food we eat. When I learnt about the work Cuddles Foundation is doing, it made me realise what role does nutrition play during cancer treatment. Little children suffering from cancer find it even more difficult to fight the disease when their bodies don’t have the strength because of lack of nutrition. I would like to do my best to spread awareness and support Cuddles Foundation in its work and would also urge people to show their concern towards these little fighters”

Sonam Kapoor has pledged to look after ten such children. She is taking care of them with utmost efforts. Sonam is trying to make these times a bit easier for the children by providing them everything they require during this phase. She is also closely working with 24 nutritionists for the same. 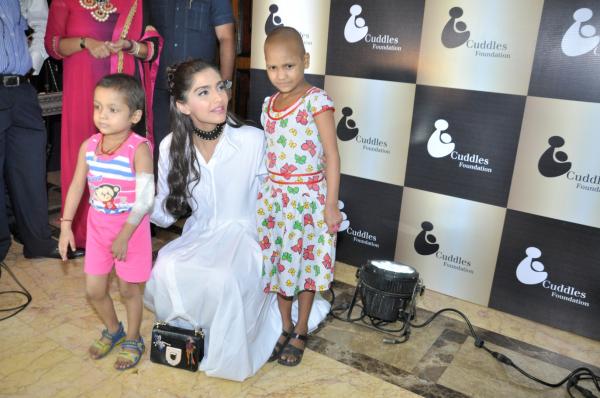 This is not the first time when Sonam is involved in such acts. In the past also, she has displayed her concern for the needy. Sonam was associated with Smile Foundation. She auctioned her clothes for charity and the proceeds were donated to the foundation for poor children.

Sonam At The Event Of Cuddles Foundation

Sonam attended an event of the Cuddles Foundation where she was seen interacting with the children and sharing her thoughts regarding this with the media.