Bollywood’s style diva Sonam Kapoor was admitted into Sterling Hospital in Rajkot and has been tested positive for H1N1 virus ‘swine flu’ on Friday.

The actress was in Gondal town which is 30 km away from Rajkot, for the shooting of her forthcoming Bollywood movie ‘Prem Ratan Dhan Payo’ opposite Salman Khan. Now Sonam Kapoor memes on swine flu are becoming the talk of the town. 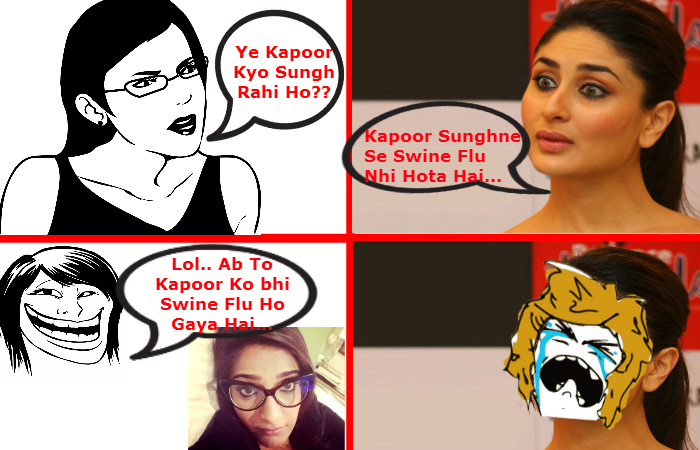 You may also like: Funny Pics: How Bollywood Stars Would Look After 30 Years 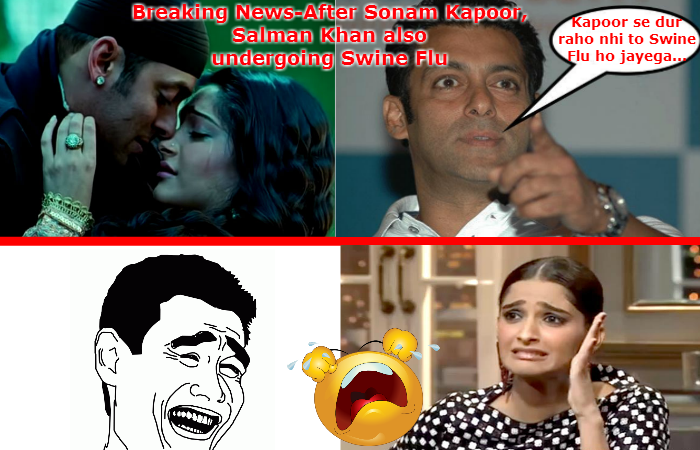 Get more Bollywood Memes and funny Trolls from Bollywood News.