Bollywood super cool and the hottest hunk of the tinsel town Saif Ali Khan is soon to become a proud father of a baby. Just a day back, he enjoyed much in her wifey Kareena Kapoor b’day bash.

Talking about his films, he often noted to signed offbeat roles. Once again he is all set to add another offbeat role in his kitty. His upcoming movie with Delly Belly’s writer Akshat Verma which is titled as Kaali Gandi is all set to start the shoot soon.

Actress Opposite Saif Ali Khan is Yet To Be Decided 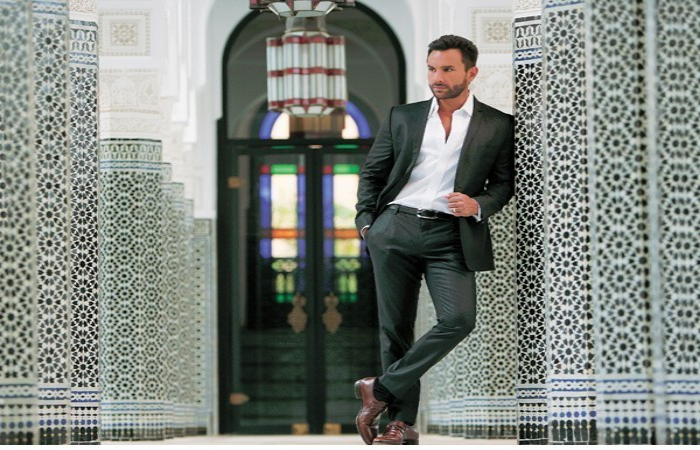 According to the rumors the lead actress opposite Saif Ali Khan is yet to be decided. But the source has spilled the beans about the plot f the film. According to which Saif Ali Khan in one shot will ask transgender to see her private parts. Really? This one is so strange isn’t it? It has been also revealed that Saif met up with real-life transvestite and in interests he gets involved with transvestite much to know more about them.

Really! this plot is looking a bit interesting but let us wait for more updates about Kaali Gandi. Saif Ali khan is all set to show his excellent acting skill once again with Kaali Gandi.

We will be right back with more Kaali Gandi updates till then stay tuned with Nyoozflix.

Arjun Kapoor was emotionally touched by Half Girlfriend