Ik- Vaari, the song from Ayushmann Khurrana is composed by Abhijit Vaghani. The song is a romantic song features Ayushmann Khuranna and Aisha Sharma and is HOT HOT… 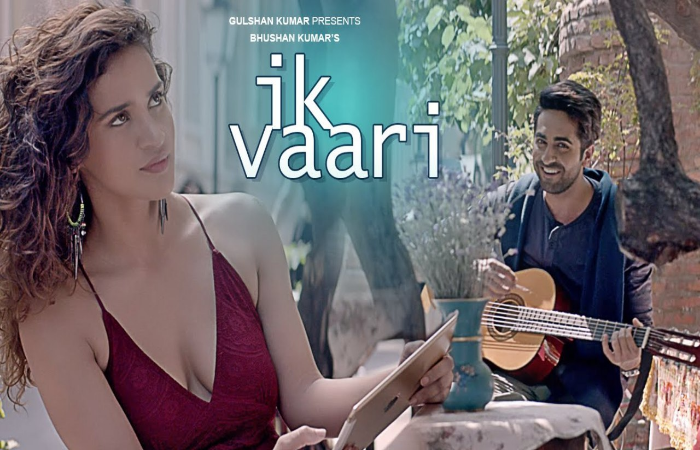 The song is penned by Ayushmann Khuranna. This song has a few rehashed lines from Aashiqui-

Aisha Sharma the HOT and SEXY girl is the highlight of the song who is the sister of the Bollywood actress Neha Sharma.

Aisha is a Kingfisher model. Aisha Sharma looks damn beautiful and hot in the clothes that she wore in the song showcasing her body and desirable cleavage in the red hot dress.

The song is shot in Georgia, Located at the crossroads of Western Asia and Eastern Europe and the music video of 'ik-vari' is directed by Pradeep Sarkar. Aisha Sharma is the new model who debuted her first song in with Ayushmann Khurrana.

Aisha Sharma, seen Topless in the video as she is running away from Ayushmann, who is crazily in love with the girl and following her… the song ended with Aashiqui 2 love scene.

Aisha Sharma - the new hottie of the town….making crazy by her hot looks…

So Guys! Listen the Romantic Track by Ayushmann Khurrana Here -

Awww! The Unstoppable Kisses of Anusha and Karan is Making us Jealous