Yash Raj's banner upcoming film Kill Dil Ranveer Singh’s first looking unfolded. Ranbir has shared a picture of herself on Twitter with its new look, which he wrote, "Will kill for Dil". 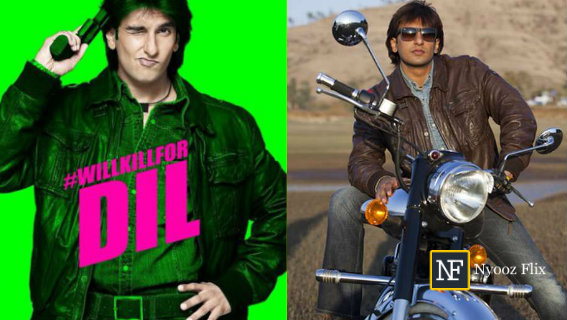 Ranveer Singh and Parineeti Chopra are sporting a new look in this picture. The poster is so attractive neon green and yellow background. Ranveer is wearing the denim jeans with a black leather jacket and looks like the macho man of the 90s; his hair style is very different than before. One other thing in the picture, he put a gun to your head that there is Ranvir. The poster says #WillKillForDil. Parineeti too sports a leather jacket with a pair of black leather pants and her #WillKillForPyaar.

The movie started with Govinda he is doing a negative role of Bhaiyaji, Parineeti Chopra plays a role Disha and Ali Zafar in the lead character of Tutu, it is planning to release on November 14. Kill Dil movie and produced by Aditya Chopra, Shaad Ali and directed by Shaad Ali.