Ranbir Kapoor has his hands full with ‘Bombay Velvet’ ‘Jagga Jasoos, ‘Tamasha’ and ‘Roy’ in the line up. The actor who is currently shooting for “Roy” in Malaysia, and his first look in this film was clicked on the set with a fan. 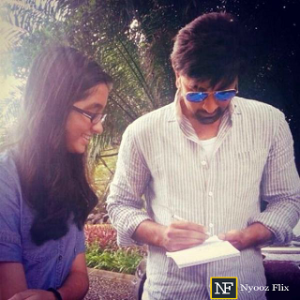 The Kapoor lad was seen wearing a striped shirt and mirrored shades. But what we liked the most about RK’s breezy look was his new goatee! 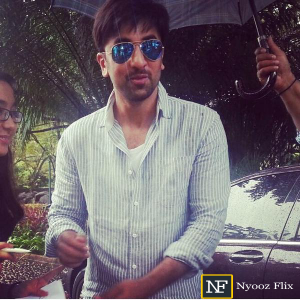 The film is directed by Vikramjit Singh and Produced by Bhushan Kuma, Krishan Kumar and Divya Khosla Kumar. It is slated to hit the theatres next February.

Don’t you just love Ranbir’s suave look? We sure do! “Yeh Jawaani Hai Deewani” star will be playing a thief in Roy. We also hear from sources that the film will have a love triangle with him and Arjun fighting for Jacqueline!

Curious and Curiouser, we can’t wait to get more deets about Roy! Keep watching this space for more...........

The 13th Indian Telly Awards 2014, catalog of the Winnerstars

Priyanka Beats Top Actresses in the Fight of Endorsements