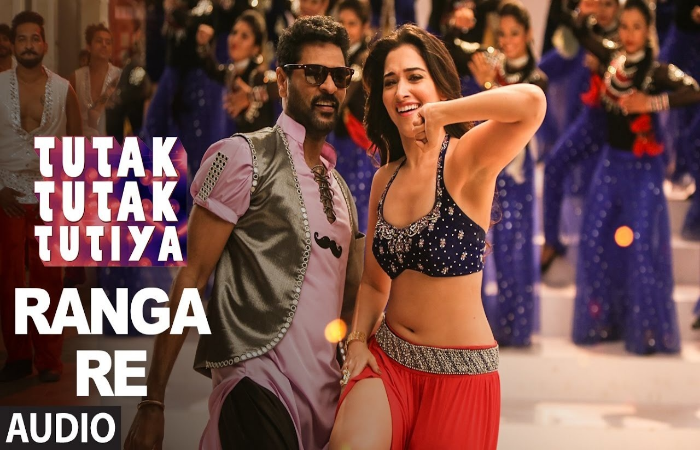 After, ‘Chal Maar’ featuring hot Amy Jackson, Prabhudheva is back with his killer MOVES making the nation GROOVE with him.

Prabhudheva, is coming in his next film ‘Tutak Tutak Tutiya' Directed by A. L. Vijay alongside the talented actor Sonu Sood Tamannaah Bhatia in lead roles.

After ‘Chal Maar’ Prabhudheva is paired with gorgeous actress Tamannaah Bhatia in another track ‘RANGA RE’ from the film Tutak Tutak Tutiya. The film is a horror comedy film.

Also Read: Tutak Tutak Tutiya Teaser: Prabhu Deva Is Back With his Movies

Enjoy  the track ‘RANGA RE’ from the movie ‘Tutak Tutak Tutiya’ and stay connected for more Bollywood updates on Nyoozflix!!!
Prev article

How Did Angelina Jolie & Brad Pitt Divide Their $400 million?