Kamal Hassan and Rishi Kapoor has a great acting talent with unbelievable brilliance. The 1980’s movie Sagar is known for both the ace stars where they shared screen with each other.

Eventually, their respective kids also will going to soon appear on the upcoming flick. Yes, we are gossiping about Ranbir Kapoor and Shruti Hassan.

Recently, both stars completed an ad shoot together and with the first appearance of their project, they provide a glimpse of some of their hot chemistry on the screen.

Here’s a still of the onscreen couple !! 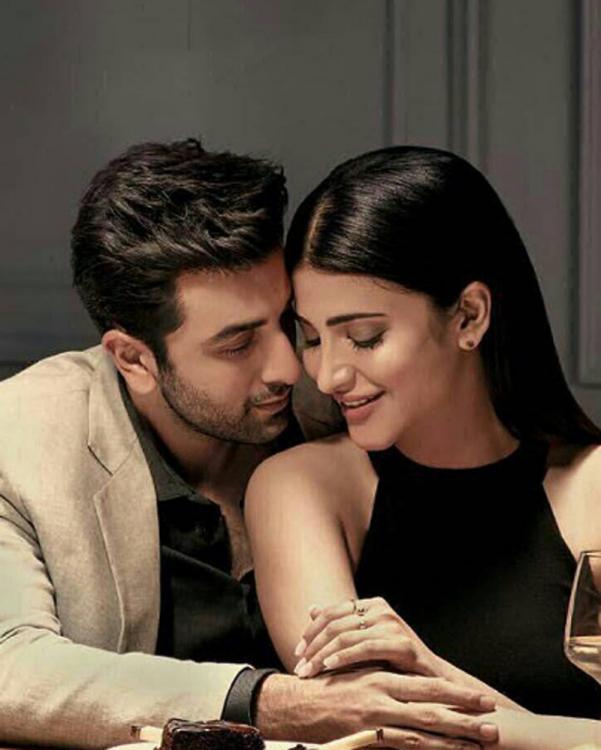 What are you thinking? It’s too awesome to watch them in a Bollywood film together...