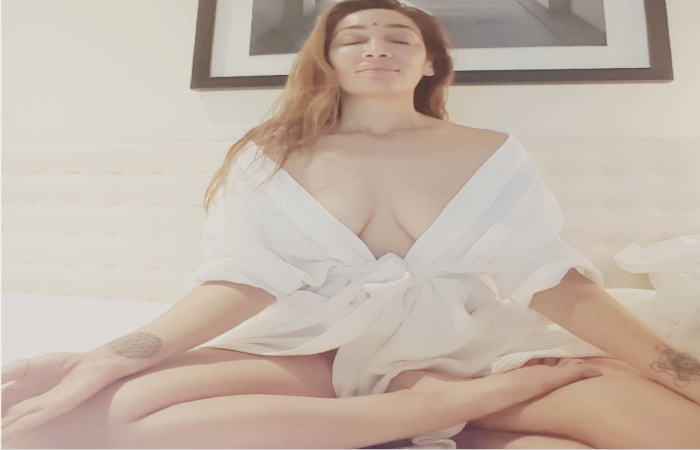 Ever since the big boss contestant Sofia Hayat announced that she is going to be nun leaving her sexy and glamorous avatar she has become the topic of the town.

Her huge transformation and the removal of the breast implants have a lot to do with her bold pictures. Her new name Gaia Mother Sofia is not at all suiting her but no one knows what she wants actually. This ex-contestant knows very well how to be the part of criticism and yes she has did it again.

Sofia Hayat will appear soon in her upcoming release “Six-X”, she posted a video on her Instagram account expressing her disappointment against number of people who call Six- X an adult movie.

Also she asked the new websites to learn the new definitions related with adult movies. Adult movies are that which shows complete nudity and real sex but I was wearing underwear and had not taken it out at any point.

Damn! She is Such A Drama Queen

10 Romantic Ways in which Bollywood Celebs have surprised their Partners