Abhishek Kapoor’s forthcoming Bollywood film ‘Fitoor’ has already went on floor. The film ‘Fitoor’ that is being shot in the beautiful valleys of Kashmir has a passionate lip-lock scene between the lead actors Katrina Kaif and Aditya Roy Kapur.

Moreover, the romantic scene of the movie, which involves a passionate kiss between the two lead actors, was shot at Nishat Bagh in Srinagar. Unexpectedly some pictures of the romantic scene from the sets of ‘Fitoor’ have been leaked on the internet.

Aditya and Kaif’s lip lock can be clearly seen in one of the leaked pictures. The ‘Ashiqui 2’ actor Aditya Roy Kapur has been shooting in the India heaven of earth ‘Kashmir’ for quite some time and was recently joined by Katrina.

Katrina Kaif Annoyed Down to the Leaked Images

Reportedly, the Bollywood actress Katrina Kaif is annoyed over her lip-locking image getting leaked online, and has requested high security on the shooting sets of Fitoor.

Meanwhile, Fitoor is a love triangle among a Kashmiri boy ‘Noor’ played by Aditya Roy Kapur, his love ‘Firdous’ played by Katrina Kaif and the Begum played by Rekha. 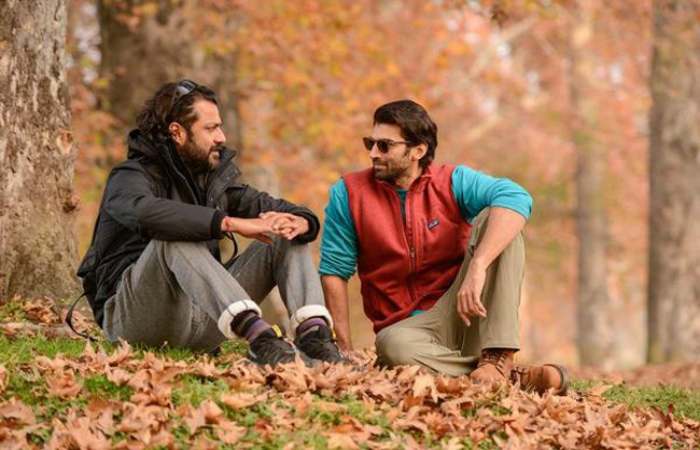 According to the film’s sources, Katrina looked stunning in a white dress on the first day shoot, which was Rekha’s funeral scene at the famous Nishat Bagh on the banks of Dal Lake.

Fitoor: First, Flick to Shot in Kashmir after Destructive Floods

A source unveils that- "The film unit has been in the Valley for the last three days and we are working overtime to complete the shooting schedule."

Get more updates about 'Fitoor' movie from Bollywood News.