Mumbai police has kicked off separate investigations against B-Town actors Ranveer Singh and Arjun Kapoor as well as the famous director Karan Johar, in allegations of “outrageous and filthy" language used by them in December at 'AIB (All India Bakchod) Knockout' event in Mumbai.

According to the complaint of ‘Akhilesh Tiwari, President of Brahman Ekta Seva Sanstha, the celebs along with other performers passed outrageous and nasty remarks against spectators during an episode of a comedy show.

In the FIR at Sakinaka police station Mumbai, Akhilesh Tiwari asked for a criminal grievance against Ranveer Singh, Karan Johar and Arjun Kapoor as well as the AIB (All India Bakchod) show’s coordinator.

You may also like: Karan Johar Indefinitely Shelves ‘No Sex Please, We Are Indians’

Akhilesh Tiwari said that - "I sought action against the event organizers and other performers as well, who passed dirty comments with such audacity. The police action would be a deterrent to them so that they would not dare to do such acts publicly in future."

"I have handed over a letter to Sakinaka police demanding a criminal complaint be lodged against these so-called youth icons Karan Johar, Arjun Kapoor and Ranveer Singh. The show, which can be seen on YouTube and other websites, was extremely abusive and it is not only ruining the clean image of the Indian culture & women, but is also misleading today's youth,” added he.

Senior inspector at Sakinaka police station Prasanna said that- "we have received the written complaint. We are inquiring into the matter. Once we reach a conclusion, appropriate action would be initiated, if required." 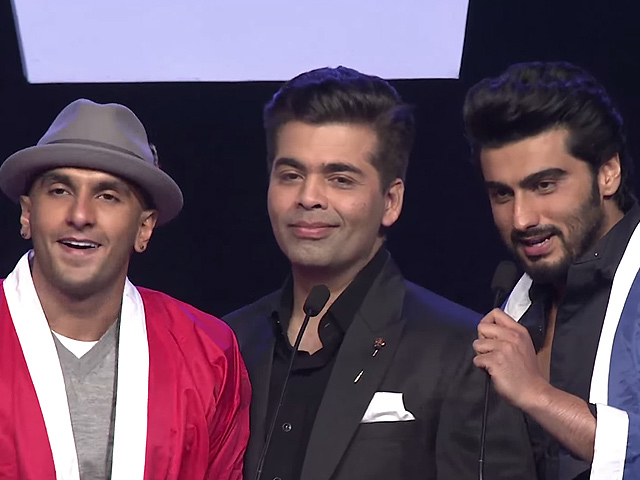 Maharashtra Cultural Minister Vinod Tawde assured that- "Initial investigation indicates that the show performed without a proper performance license. We will register an FIR against them. Such vulgarity is a crime and based on facts which will emerge, the government will file a case against them."

Get more updates about AIB (All India Bakchod) from Bollywood News.
Prev article