If therea��s something buzzing around here, there and everywhere is Sonam Kapoora��s WEDDING! Though the official confirmation of their D day is not revealed by the bride and groom, their fellow mates like Kareena and ace choreographer Farah Khan has hinted us a lot for this big occasion.

If reports are to be believed, the lovebirds Sonam and Anand will tie the knot on 8th May 2018 and the preparations for this grand wedding are going on at the high level.

Jhanvi Kapoor to Dance on Chartbusters Songs of Sridevi 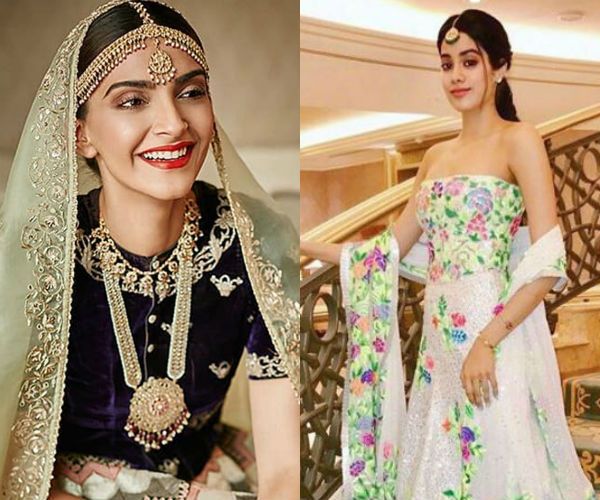 One more thing that attracted us is Dhadak actress and the newbie of the tinsel town Jhanvi Kapoor, is practicing hard for the sangeet, the diva will perform on the chartbusters songs of Sridevi.

She will dance to the tunes of a�?Kisi Ke Haath na aayegi yeh Ladkia�� and a�?Mere Haathon Mein Nau Nau Chudiyan haia��. The rehearsals are going at full swing at Sonama��s residence in Juhu.

While the Kapoor's are busy in the preparation the bride to be Sonam recently talked about the wedding and said:

a�?I think the whole idea of a marriage is more appealing to me than a wedding. I think there is too much money spent; ita��s all very crass, and I would rather give that money away. Ia��d rather have a wedding at home than anywhere else. I think ita��s important to do all the rituals, but I dona��t believe in spending all that money, I find it disgusting and very wasteful, and Ia��m not okay with that at alla�?

Sonam Kapoor and Anand Ahujaa��s wedding is what we are waiting for. With the most fashionable icon of the B-town we just cana��t wait to see what Sonam will be wearing on her D Day. Wow! 8th may is coming soona��.are you excited?