Bollywood stars adoration for getting inked on their body is not new!! Some get inked just to set a new trend amongst the youngsters while on the other hand some stars first get the picture about the words, signs, or designs they want to pen on their body. The designs on the skin or what we call them as tattoo definitely outrights the meaning in one’s life and some of the Bollywood Celebrity tattoos are designed for the actual concept.

Alternative to this if you are scared of getting inked on your body permanently but also want to be the part of this ongoing trend then surely “Hair Tattoo” is the answer for your muddled question. Yes, just for the time being you can put Hair Tattoos, a new trend that is on rise and also you can put all types of shiny and sparkling tattoos designs on your plaits.

Hair Tattoos are now live and they are strictly emerging fashion for the hairs. Recently a latest Hair Tattoo Design that was followed on the web was nailed by the famous Hollywood model 'Kylie Jenner'.  No doubt the Hair Tattoo design of this Hollywood star is just glazing the hairs and at the same time it is turning the spotlight ON for this simple hairdo.

It is well known that Bollywood celebs often copies the fashion of the Hollywood stars but this time we are just waiting who will be the first to trace the same Hair Tattoo Design as that of Kylie. 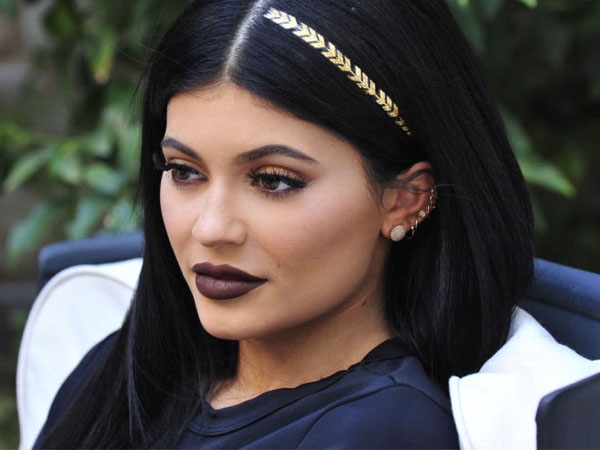 Bollywood Actresses Tattoos were also one time became the trend among the youth, but the tattoos inked on the body and the hair tattoos are just adverse to each other. Even the steps to apply the hair tattoos are not as deep like the ordinary tattoos you just have to place the tattoo design on your hairs and then with a wet soft cloth remove the upper layer of it. That’s it Finished!! The Hair Tattoo design will get locked until you wash or rub it.

Bollywood Celebrity Tattoo Designs are now very often observed at least on once or twice body just when you walk on the road, but what’s new is who will be the first one to put on this Hair Tattoo designs.  Let just wait for the media to cover this news till then we can just guess the name of the Bollywood Celebrity may be Priyanka Chopra, Alia Bhatt or the B’wood fashionable queen Sonam Kapoor to opt it first.