Latest Bollywood release ‘Tevar’, was directed by Amit Sharma, in this film Amit worked with actor Arjun Kapoor and actress Sonakshi Sinha. After ‘Tevar’, Amit Sharma is now zealous to work with Abhishek Bachchan for his forthcoming movie.

According to a source, director Sharma is in the mood to finalize Abhishek Bachchan for his next flick “He is a very good friend of mine and yes, we were in talks for a film… but nothing has materialised yet” said the director. 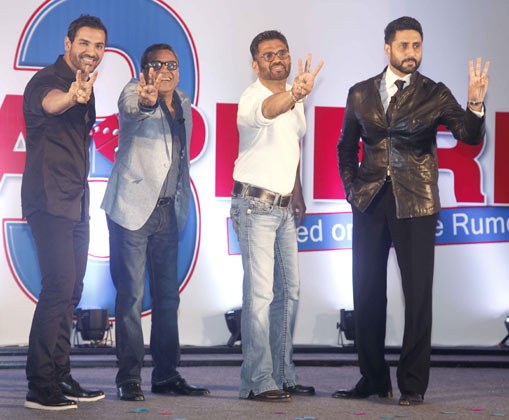 Amit Sharma’s forthcoming movie may apparently an action film. Nowadays Abhishek is busy with his upcoming Bollywood project ‘Hera Pheri 3’, which is directed by Neeraj Vora and all set to be released on 18 December 2015. Including Junior Bachchan, actor John Abraham, Sunil Shetty and Paresh Rawal also stars ‘Hera Pheri 3’.

Get more updates about Abhishek Bachchan from Bollywood News.

Jacqueline Fernandez: Ranbir Kapoor is a Fantasy to Work With!