Ananya Panday, a B-town actress who recently made debut with Punit Malhotra's 'Student of the Year 2, announces her initiative on the occasion of World Social Media Day, 30 June 2019.

She named the initiative as ‘So Positive’ on her official handle, which is created to build a community to create maximum awareness on social media bullying. The actress has launched one of its kind platforms to battle it all and has been vocal on the whole cause.

In the video, she is seen talking about personal struggles with social media bullying. She captioned the video as,

“A part of growing up is taking responsibility & as a woke Millennial I, Ananya Panday introduce y’all to my Digital Social Responsibility initiative 'So+' ❤️ @sopositivedsr . . #SoPositive #SocialForGood.”

Ananya said in the video,

Just for a moment, I contemplated about who they are... They are nothing just faceless, unidentified and unverified newly created social media accounts... Social media bullies and I thought why me? Why would someone who does not even know me pass such nasty personal remarks? In the end, I realised its not me... Its not only me.”

Ananya also launched the logo of the initiative on the photo-video sharing platform. She captioned it,

Further, she requested all netizens to build a positive atmosphere on social media.

“Our generation is prone to insensitive remarks. I wonder why civil conduct followed in real life is not followed on social media... Why make social media a dumping ground of so much hate. Why be so negative? Why not just be positive?”

It can be said that the initiative of Ananya is surely the first as well as a major step in the right direction to fight away what every teenager on social media deals with.

Backed with substantial data, research, and behavioral statistics, ‘So Positive’ is an original cause taken up by Ananya. All she is doing is creating and spreading awareness about social media bullying.

Karan said in his story,

“Say no to cyber bullying! Say yes to positivity.” 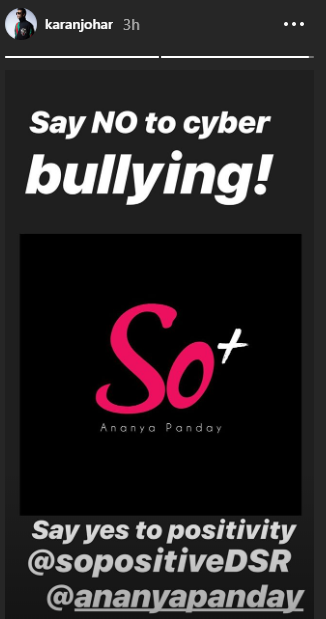 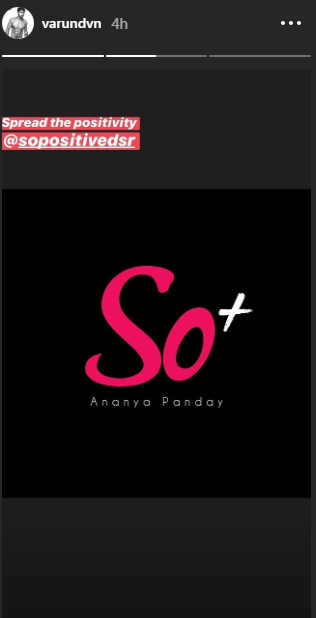 Kiara wrote on the story,

“@ananyapanday So glad you started this initiative.” 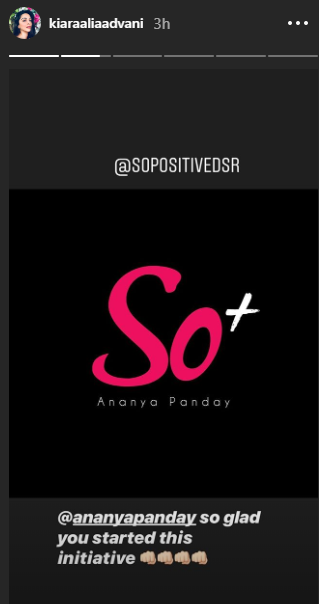 Faridoon Shahryar took to his official handle and wrote,

“This is such a mature and sensible message from @ananyapandayy on why social media bullying is not cool...

Wish you all the luck for the initiative, Ananya Pandey!