Since the day the first motion poster for ‘Mental Hai Kya,’ a film starring Kangana Ranaut & Rajkumar Rao, hit the internet, many people out there objected its title.

But yesterday, Kangana attended a censor board meeting, and after the meeting, she announced that the movie would be getting a new name, and they are happy to comply with it.

Shortly after stepping out of the censor board meeting, during a media interaction, Kangana said that the board members suggested a minor change in the film's title, but they were "thrilled" to watch the movie. 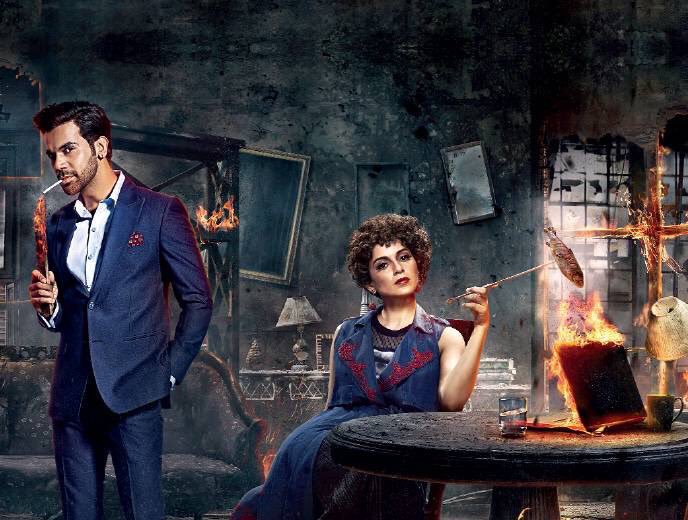 “Well, there will be a mild change in the title of the film since they find it too harsh, so we are more than happy to do that. And, other than that there are absolutely no cuts and they were thrilled to see the film.”

Now, in the presence of Ekta Kapoor's father Jeetendra and Kangana, the movie has gotten its new name and a green signal from the board. So, the new name of the movie will be “Judgemental Hai Kya,” and the trailer will be releasing in the coming week and too with the new name. According to some officials, despite Prasoon Joshi's absence, the meeting went on for six hours, and the name was changed. Well, that’s not it, it has also been decided that dialogues with the usage of the word 'mental' will be either beeped or muted.

“The session went on for almost five hours. The film was cleared by the CBFC with a U/A certificate after minor changes and almost no cuts. There will be a change in title as the CBFC thought that it was a bit too harsh. The makers were open to suggestions and were happy to cooperate, given the sensitivity of the term. The new title will be unveiled by the production house very soon, but we hear that it will most likely be renamed Judgemental Hai Kya.”

Team of the flick also released a statement,

“The movie Mental Hai Kya will encourage people to embrace their individuality and distinctiveness. Produced by Ekta Kapoor’s ‘Balaji Motion Pictures’, Mental Hai Kya starring Kangana Ranaut and Rajkummar Rao marks the coming together of some of the most talented and responsible media personalities, who in no way intend to hurt anyone’s sentiments. The makers would like to maintain that Mental Hai Kya is a fictional thriller genre feature film meant to entertain audiences and it does not offend, discriminate or disregard any person. In fact, the film is a mainstream entertainer which makes a larger point.”

The film would be facing a box-office clash with Diljit Dosanjh, Varun Sharma, and Kriti Sanon starrer Arjun Patiala at the box office as it is slated to hit the theatres on July 26, 2019.

Ananya Panday Launches 'So+' An Initiative Against Social Media Bullying

“Article 15” Review: Indeed a Film That Must be Watched by Every Indian