Big B how is a social icon, lately he took it to twitter sharing few stills with the greats of South film industry (in his words). Much recent the actor flew to South for an endorsement, where he get clicked with Prabhu, Vikram, Shiva, Manju Warrior and Nagarjuna.

Post the shoot Amitabh Bachchan expressed his delight being with sons of stars who where his seniors in his early days of Bollywood journey. In the pictures, AB could be seen donning an ivory along with gold mundu, striking a pose with the star clad.

You may also like: Broken Horses Trailer: Amitabh Bachchan, Aamir Khan to do the Honours

He posted the photos on his facebook account as well captioning that he is honored to share a frame with these Southern Stars, "And today with the greats of Southern India .. all of them sons of The Greats in the early years of my career ..
Prabhu - son of the great Shivaji Ganesan from Tamil cinema
Vikram, Prabhu's son
Shiva, the son of the great Rajkumar from Karnataka cinema
Nagarjun, son the great Akkineni Nageshwar Rao, of Telugu cinema
and Manju Warrior, the darling of Malayalam cinema ..
What a privilege for me to be in the same frame .. a legacy of the past in my present today .. honoured and humbled by the respect they all give me."

T 1787 - With the greats of the Southern film Industry .. privileged honoured. Their Father's Icons of my early years pic.twitter.com/B3tjD95oUc

What does Amitabh Bachchan’s Blog States?

"There is a certain respect and cultural heritage in them all. The Industry itself has been one that has functioned with utmost professionalism and discipline. Their modes of management, and the contents of their creativity have always been ahead of the Industry in Mumbai. Though now the gap is slowly getting closed and the content and ethics of the two Industries has been on par almost. Regional cinema has elevated the local talents to immense heights and needs to be lauded for its enterprising efforts." 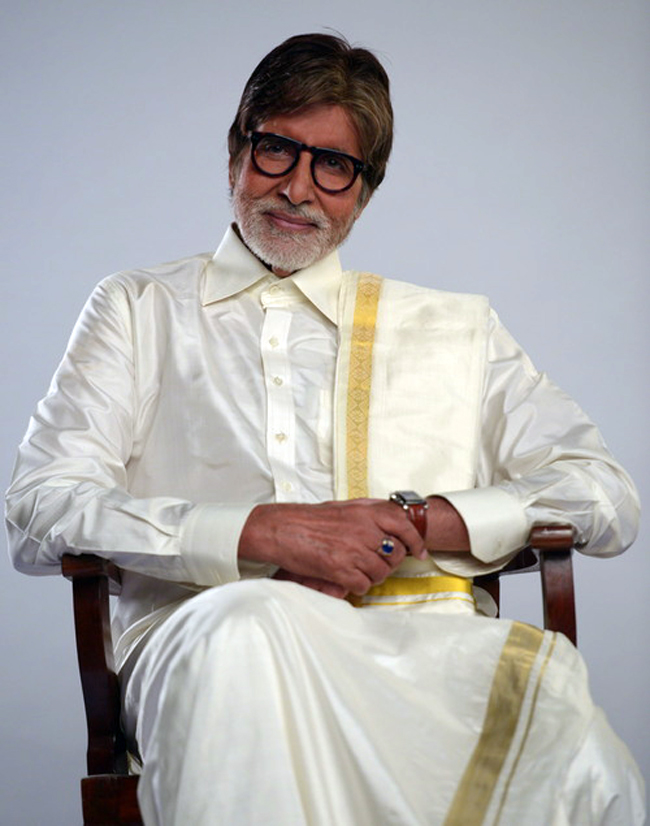 Meanwhile, Amitabh Bachchan’s fans would get to see him on the big screen, up next in his forthcoming Deepika Padukone starrer ‘Piku’. The film is slated to release on 8th May 2015.

Get more updates about Amitabh Bachchan from Bollywood news.

Yeh Hai Mohabbatein: What Would Raman-Ishita Choose, Ruhi or Adi?

Akshay Kumar’s First Look from 'Gabbar is Back' is Revealed