Vidhu Vinod Chopra’s much-talked about Hollywood venture Broken Horses is all geared up to woo the audiences. The filmmaker has come up with Broken Horses Trailer and guest who would unveil the trailer of the Hollywood maiden?Well it’s none other than the living legend Amitabh Bachchan!

The megastar would be team up with Mr. Perfectionist Aamir Khan for the launch of the first trailer on 12 March. The story of the film gyrates around the drug war in the turbulent American-Mexican border and is directed as well as produced by Vidhu Vinod Chopra. 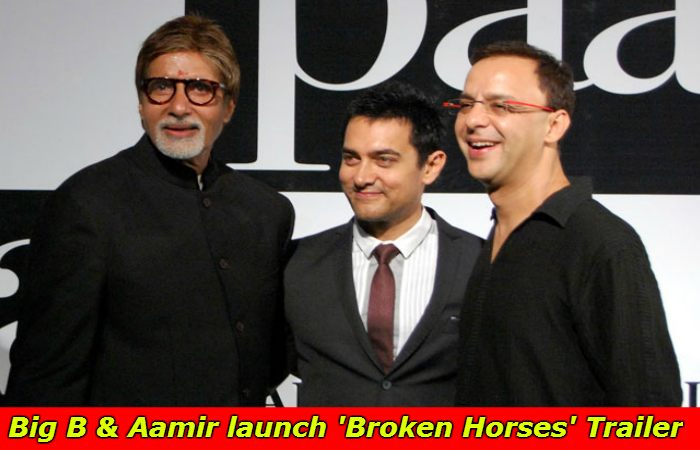 You may also like: April 10, Release Date of Vidhu Vinod Chopra’s ‘Broken Horses’

"I am grateful to Amitabh Bachchan and Aamir Khan who have agreed to launch the trailer of my first Hollywood film Broken Horses. It is a very special film for me and special people launching the trailer will make the moment even more memorable."

The script of the Hollywood venture has been penned by Abhijat Joshi, the writer who wrote much-famous Munna Bhai sequel 'Lage Raho Munnabha'i. Where Broken Horses have a skilled writer, on the other contrary it also has Vidhu Vinod Chopra, a veteran Bollywood director who has given us a list of all-time favorites as  'Parinda', 'Mission Kashmir', '1942: A Love Story', 'Munnabhai' series '3 idiots' and 'Parineeta'.

Consequently, we are looking forward for Broken horses trailer, which is all set to release, are you waiting too?

Get more about Broken Horses movie updates from Hollywood News.