We all are aware the B-town popular filmmaker Karan Johar is very close to SOTY actress Alia Bhatt. KJohar has been the excellent mentor of Alia and whenever the script gets entered the Dharma Productions, the chances of Alia Bhatt getting into the film as the lead exceeds.

And what if the perfect Jodi of mentor and his muse got featured together on the cover page? KJohar and bubbly actress Alia Bhatt are in full swag as it is clearly visible on Hello India magazine cover. 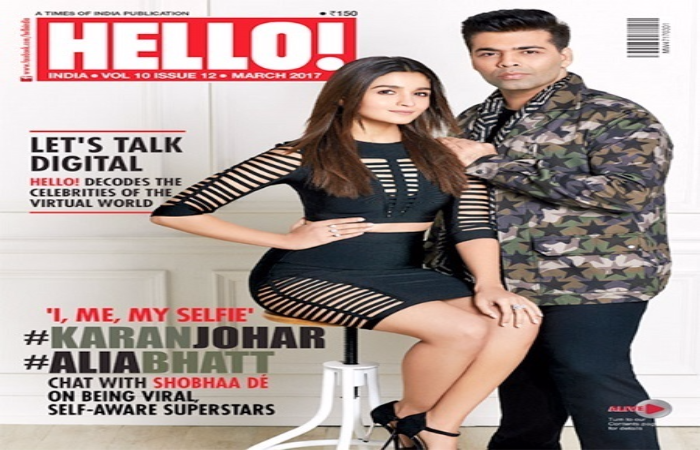 This is for the first time that both Alia and KJohar, have come up together for a magazine photo shoot. Isn’t it great watching the mentor and student in one frame? We love it already! Alia and Karan graced the cover page of Hello magazine for March issue and we must say the cover image is just perfect.

BTS of Alia and Kjohar from Hello Magazine

We have also got the Behind the scenes, from the shoot. Both the stars look classy together. Alia in short black dress while Karan in a camo print jacket looks so hot. The magazine also posted few glimpse from the shoot.

The caption on the page says - I, Me, My Selfie, in which Alia and KJohar have talked about self-aware superstars etc. it sounds interesting right?

On the wrk front, Alia Bhatt will be seen next in Badrinath Ki Dulhania opposite Varun Dhawan. The film is all slated to hit the silver screens on 10th March 2017.

Back to the shoot! What you guys have to comment about this classy photoshoot? Share your views below.

What Nawazuddin and Wife Anjali are Parting Their Ways?