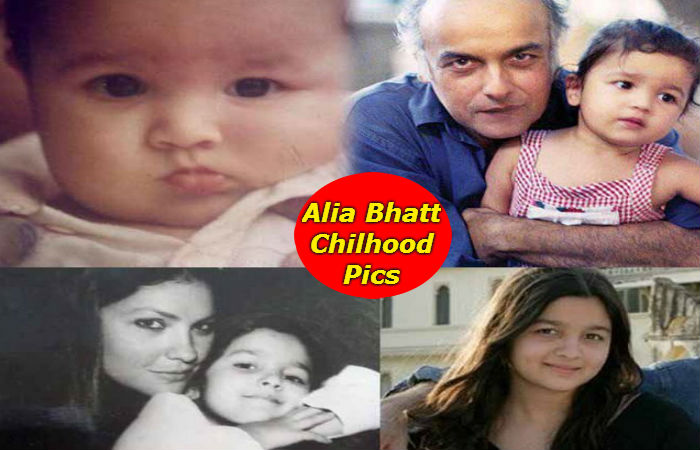 Alia’s childhood pics highlight that the cute little angel of Bhatt camp, who was born on March 15, 1993, is the beloved child for every member of the family. Where its her elder sister Pooja Bhatt, her mother Soni Razdan or dad Mahesh Bhatt, Alia Bhatt photos with her family are the testament of her bond as the youngest of the family. Being just 22 years old, Alia has completed her schooling just two years back from Jamnabai Narsee School IB, Mumbai. Post which the actress head towards Bollywood to commence her career as an actress!

You all might have thought that Student of the Year was the debut of Mahesh Bhatt’s daughter in the film industry however a little angle Alia was also a small part of Daddy’s film ‘Sangharsh’ from 1999. Wasn’t she adorable and innocent by that time as well? 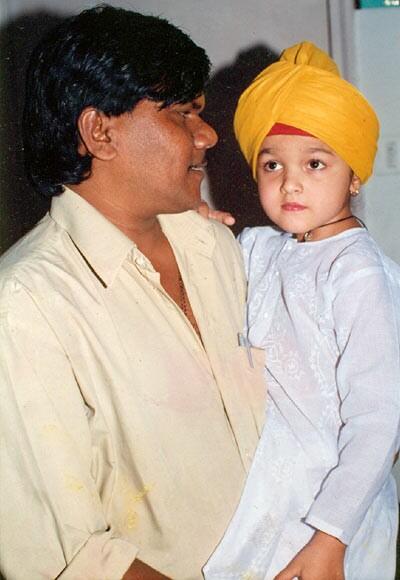 Can you recognize the cute little Sardar in yellow turban? It’s none other than Alia Bhatt, the diva who today makes you skip heartbeats with her groovy and sexy avatars. Wearing a ‘Kurta-Pajam’ and full Punjabi attire, she is surely the most cutest little Sardar we have ever seen! 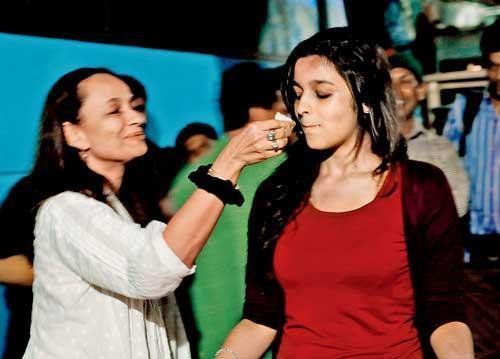 This pic shows mother Soni Razdan’s love for her daughter Alia the most. The pic is from one of the shoot of Alia’s film in Rajasthan, where she got a special surprise from her mother. The actress was every excited to see her mother on the sets and the team had a small celebration for the actress. Here is Alia cutting the cake and tasting it by her beloved mother’s hands. 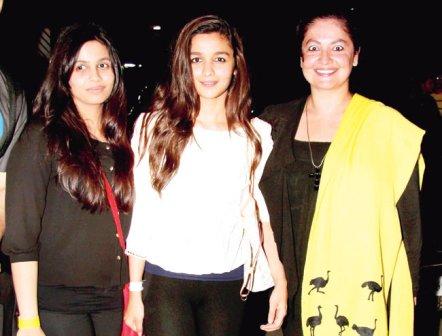 Alia Bhatt childhood photos with stepsister Pooja Bhatt manifest that they shares a lovable bond in spite of their relation. In this pic with sissi, Alia seems comfortable and much-loved. Even Alia says that Pooja is a protective sister and prefers to watch her films at the theaters instead of the screening.

Daddy with Daughters Alia And Pooja

Source: "bollywoodlife.com" This pic has both the daughters, Pooja and Alia with dearest daddy Mahesh Bhatt. The photo seems to be during the teenage of Alia, she used to look charming and mesmerizing at her teenage as well.

Seeing all these Alia Bhatt childhood pics, we could only say that, one word that describes Alia from her childhood to the young age is ‘Adorability at its best’!